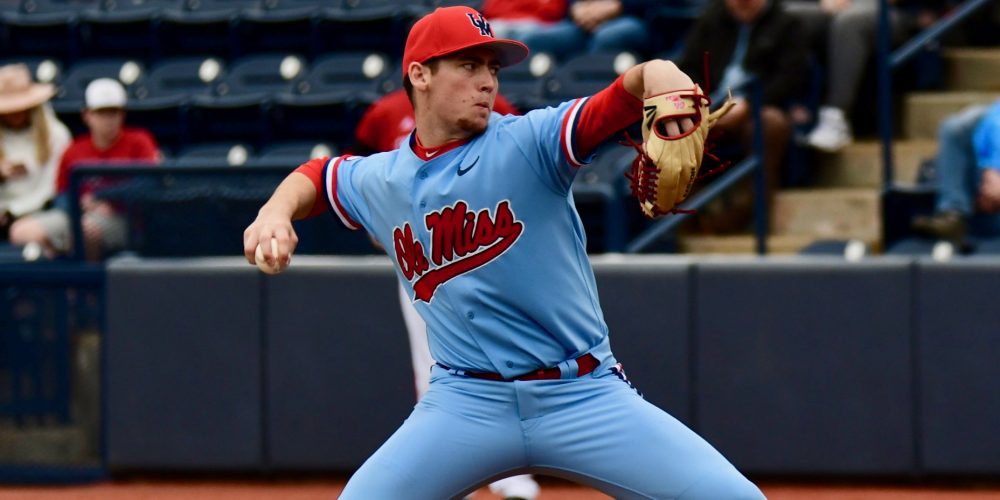 OXFORD, Miss. — It was the kind of weekend that can serve as a springboard for a very young team. Like all young teams — especially in the SEC — Ole Miss will have its share of growing pains as this season unfolds, but the Rebels will embark their journey brimming with confidence after winning a season-opening series against the No. 1 team in the country.

Winning a big series against a marquee opponent always feels good, but the manner in which Ole Miss took down Louisville was particularly striking, given the Rebels’ youth. After the Ole Miss offense was shut down in Friday’s 7-2 loss, the Rebs showed admirable resilience in Saturday’s back-and-forth affair, responding each time Louisville landed a blow. Ole Miss couldn’t hold an early 3-0 lead, but it broke a 5-5 tie with three runs in the seventh en route to an 8-6 win.

And then Ole Miss found itself on the ropes in Sunday’s rubber game, trailing 3-0 in the fifth and 4-3 at the seventh-inning stretch. But once again, the Rebels rallied in the seventh, scoring four runs to surge ahead for good, then staving off Louisville’s ninth-inning comeback bid.

The older, battle-tested Cardinals never stopped coming on Saturday or Sunday, but Ole Miss maintained its poise and earned a signature series win right out of the gate. Louisville isn’t at full strength right now, with preseason All-American Alex Binelas and Team USA second baseman Lucas Dunn both out with broken hamate bones, but the Cards are still a very good team, and they presented a stiff test. By the time Selection Monday rolls around, this series will prove to be a major boost for the Rebels’ resumé, because Louisville is going to be one of the very best teams in the country — especially when Binelas and Dunn return to action in about a month.

From Louisville’s perspective, there’s no shame in losing a hard-fought road series in a legitimate super regional-caliber environment (the crowds were big and loud all weekend, even though the weather was very cold on Friday and dreary on Sunday), against a talented Top 25 opponent, with two stars sidelined. The Cards will benefit from the experience they gained this weekend as well.

I left Oxford impressed with both of these teams, and I filled up my notebook with observations on both. So here are some takeaways from a fun weekend in Oxford.  …