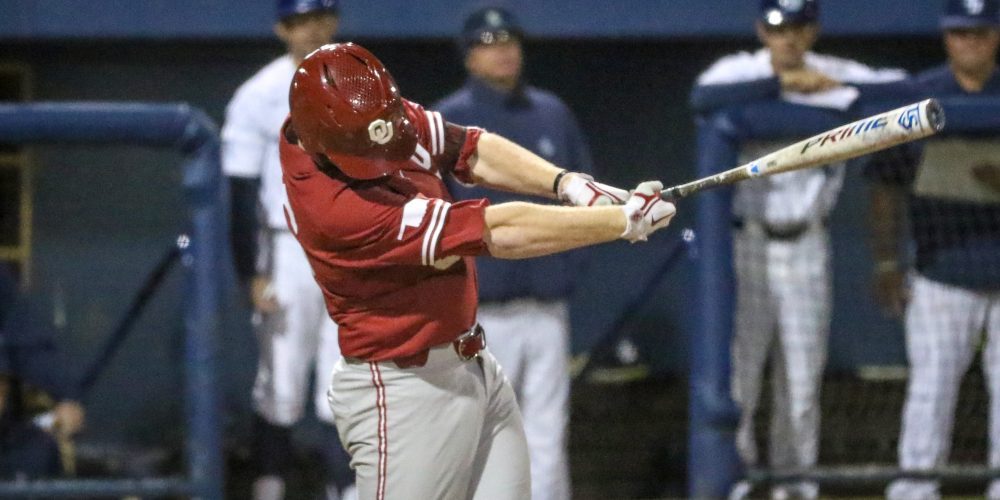 The San Diego southpaw had no-hit stuff, carving up the Oklahoma offense for six innings. His fastball was up to 95 early and had late life. His curveball was biting and his changeup was devastating the Sooners’ timing. He struck out the side in the sixth, pushing his strikeout total to 12.

But when Oklahoma shortstop Brandon Zaragoza chopped a ball over the mound that nestled in the middle of the diamond for the Sooners’ first hit to lead off the seventh, things quickly turned. Murphy got an out, but Justin Mitchell lined a two-strike pitch over the second baseman for a single and a two-strike hit by pitch loaded the bases. Murphy fell behind sophomore first baseman Tyler Hardman and tried to do what he had been able to do all night, use his off speed when behind in the count.

The lefty rocked and fired a changeup on the inner-third, hoping to get Hardman to roll over the pitch for a potential double play groundout. Unlike Murphy’s prior changeups, this one didn’t dip and dive away from the bat. It was up in the zone. Hardman tried to keep a simple approach in a big situation.

“Our plan was to get the foot down and stay back on the ball and see it up,” Hardman said. “Just trying to stay within myself, trying to put the ball in play and do something for this team. Luckily, I was able to do that.”

But the Southern California native playing near his home for the first time as a Sooner didn’t exactly accomplish his goal. He didn’t put the ball in play. He put it in the top of the trees in left field, launching Oklahoma’s first home run of the season for a grand slam.

The dynamic of the game had completely shifted. The Sooners took control and never relinquished. Hardman drove in two insurance runs on a triple to right-center field in his next at-bat. He finished with half of the team’s hits and all six of its RBIs as Oklahoma beat San Diego 6-1 at Fowler Park in the Tony Gwynn Legacy tournament. 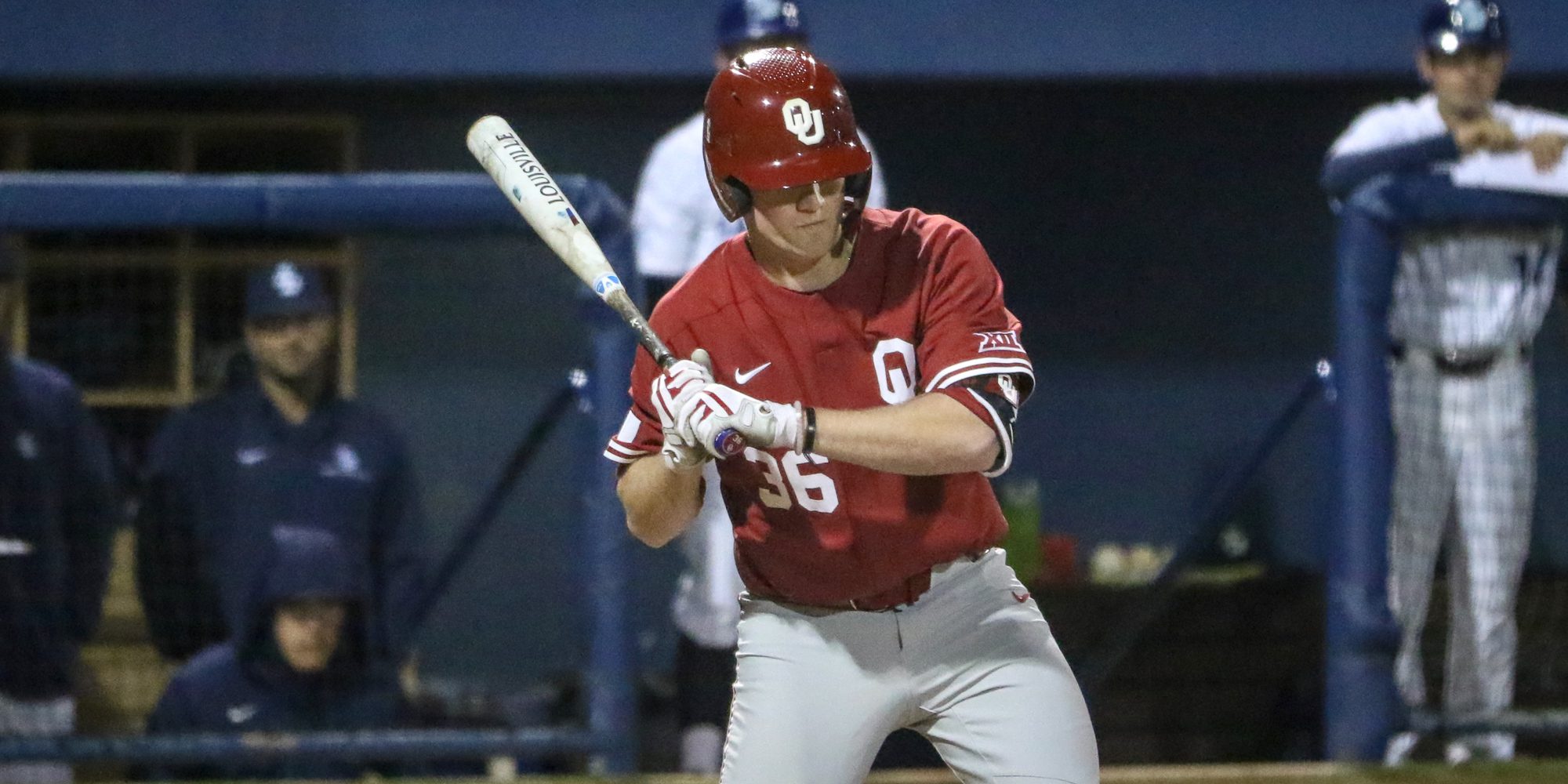 Hardman is off to a great start to the season, hitting .333 with a homer and nine RBIs in five games. It’s a big step forward for the sophomore first baseman after he struggled as a freshman. He came in from Temescal Canyon (Calif.) highly touted after hitting .530 with nine homers his senior year. He was drafted in the 37th round out of high school and was expected to be able to make an immediate impact for the Sooners.

He hit .207, 3, 16 in 145 at-bats, but the coaching staff was impressed with his work ethic. He continued to seek extra assistance from assistant coaches Clay Overcash and Clay Van Hook.

He hit .207, 3, 16 in 145 at-bats, but the coaching staff was impressed with his work ethic. He continued to seek extra assistance from assistant coaches Clay Overcash and Clay Van Hook.