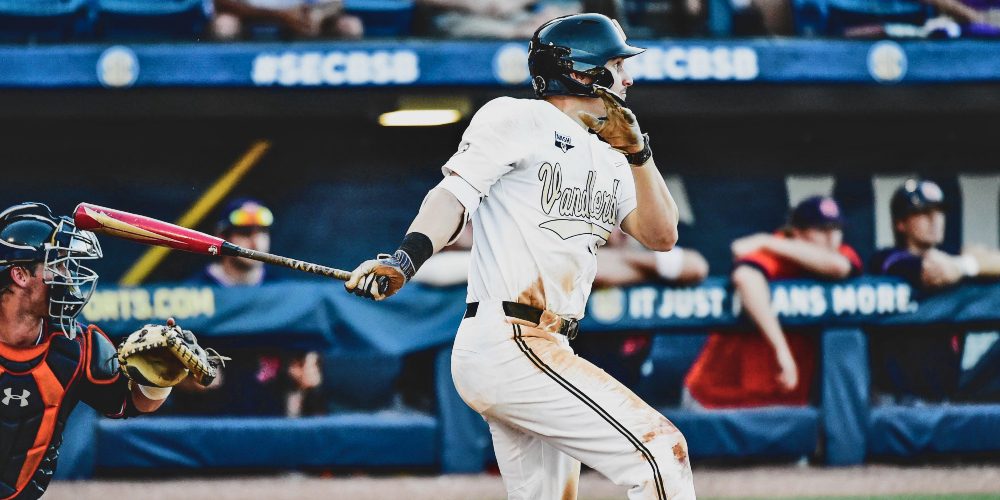 The SEC tournament always attracts serious scouting heat. We’ve seen countless Scouting Directors and other professional baseball dignitaries in the crowd behind home plate over the years. But this time, the dignitaries were in a suite above the grandstand and Vandy dugout keeping a close eye on Bleday, who has blossomed into one of baseball’s premier prospects.

It was none other than Derek Jeter and other high-ranking members of the Marlins organization. Jeter, the CEO, was joined in the suite by Miami president Mike Hill, Vice President Gary Denbo and Special Advisor Jorge Posada, and they were in attendance to see Bleday as they have the fourth pick in the upcoming MLB draft.

You never know what each professional organization covets or what their needs might be behind closed doors. But we can say this: Bleday put on a show for the Marlins brass against Auburn and certainly made a loud statement to be a potential top-five pick in a couple of weeks with a 5-for-5 performance.

“I had no idea until after the game,” Bleday said about Jeter and Co., being in attendance. “It’s obviously pretty cool, but at the same time, I had no idea. I’m just trying to focus on the team and get a win here.”

He also was trying to master Auburn.

You see, Bleday has tallied incredible offensive numbers this season, but had limited success against the Tigers in Nashville a few weeks ago. He went 0-for-8 the first two games of the series before hitting a home run in the series finale, but still going 1-for-12 (.083) for the weekend, along with six strikeouts. While Bleday struggled against AU that weekend, others such as Ethan Paul and Austin Martin picked up the slack.