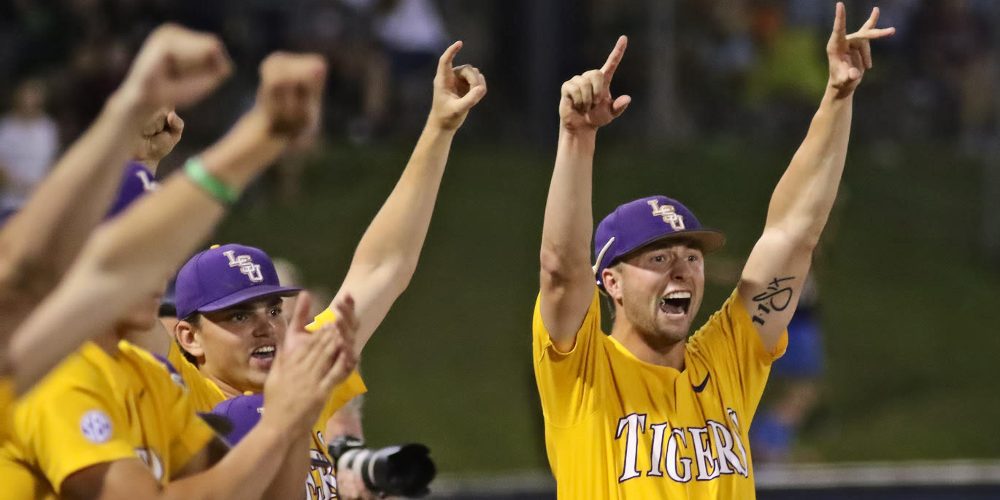 HOOVER, Ala. — If games were played on paper, LSU would have lost Friday night. Instead, its storybook run in Hoover added another chapter in a 12-2, mercy-rule victory over Mississippi State.

LSU had little pitching available after playing 35 innings in four days. Mississippi State had played one fewer game and had second starter and former first round draft pick JT Ginn on the mound.

This was as lopsided a pitching matchup as one could find. Instead, the[…]

On The Mark: Creating The Postseason Landscape

On The Mark: Inside the Records