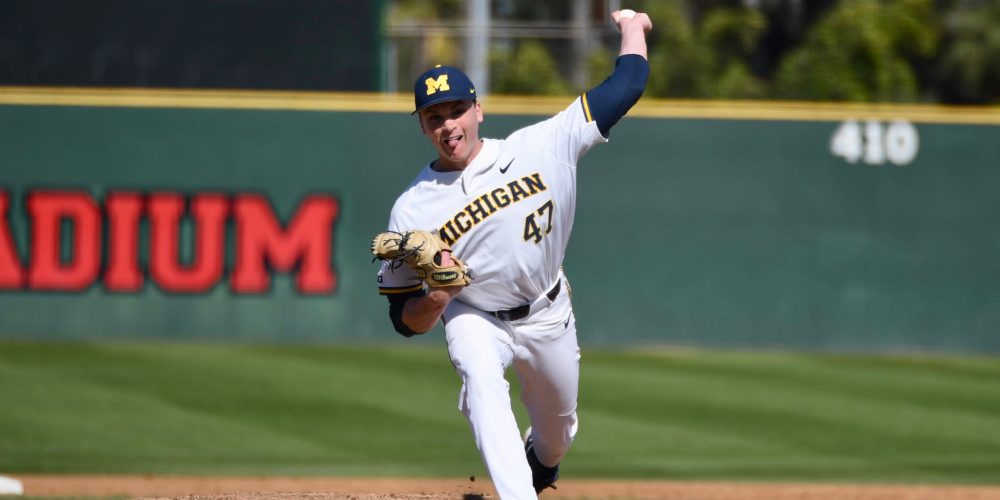 As conference play rolls on, we take a quick look at three teams outside of our Midwest Power Rankings who are positioning themselves for potential post-season runs.

Illinois-Chicago has seen excellent production from Friday night ace junior RHP Jacob Key (4-3, 1.93 ERA/1.00 WHIP) while closer Alex Padilla (1.80 ERA/1.00 WHIP), together with Mark McCabe (1.13 ERA/1.13 WHIP), Ryan O’Reilly (1.20 ERA/0.53 WHIP) and Fred Gosbeth (2.61 ERA/1.19 WHIP), have formed a formidable contingent out of the pen. Overall, the staff leads the Horizon League in ERA (3.13) and BAA (.239) and in a league light on pitching depth that may be enough to earn them a conference title in 2019. After beginning the year just 3-8, the Flames have gone 8-3 since the start of conference play (6-2 in conference). They lack the balance of Wright State and the offensive upside of Milwaukee, but have the arms to stick with each of them through the balance of the spring.

Eastern Kentucky has yet to put it all together in 2019, but has shown flashes while winning 17 of its first 30 games. The offense has been solid, ranking third in the Ohio Valley Conference in hitting (.294) while leading the league in on-base percentage (.400) and slugging (.475). 2B Ryland Kerr (.357/.460/.504) and RF Nick Howie (.360/.470/.631, with 8 home runs) have played a big role in powering the Colonels offense, while Saturday starter Kaven Brown (6-1, 2.47 ERA with a .217 BAA) and closer Aaron Ochsenbein (1-0, 0.38 ERA with 5 saves and 42 strikeouts to just 7 walks in 24 innings) have offered consistency to build around on the mound. There’s presently a jumble in the Ohio Valley rankings – if the Colonels can get more consistent performances in the rotation from Brennan Kelly and Logan Teague and cut down on their defensive miscues, they’ve got a chance to surprise.

Milwaukee stumbled in its first two conference series against Wright State and Chicago – the two top contenders for the Horizon League crown – dropping four of their five games against the pair. Outside of those series, however, the Panthers have taken care of business, going 14-6 while picking up impressive out-of-conference wins against Arizona, Pittsburgh and Purdue. Milwaukee is second in the conference in hitting (.292), home runs (17) and total runs (168) over their first 25 games, with senior C/OF Tyler Bordner (.370/.448/.531) leading the way. Milwaukee will get another shot in series against Wright State and Chicago in the second half of the season and should have little trouble handling the bottom half of the conference. This may be the hardest fought three-way race in the Midwest when all is said and done.