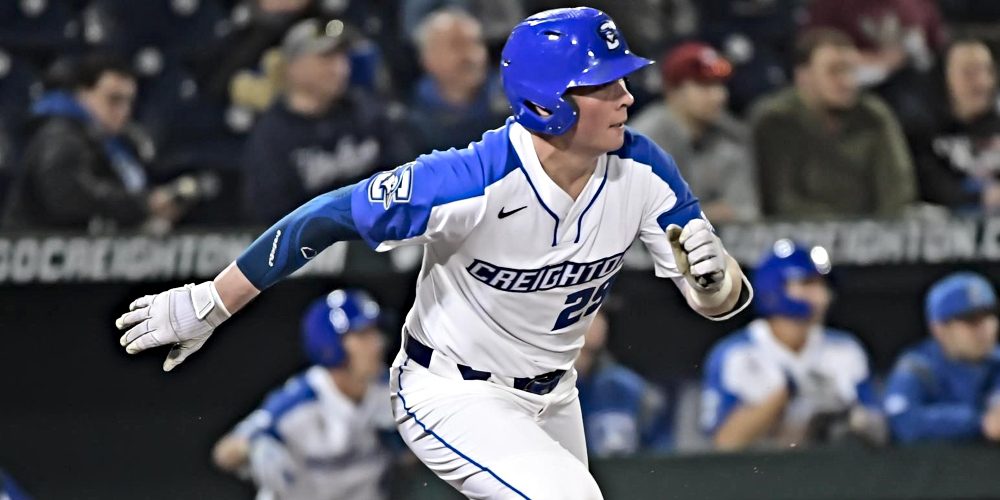 • Bluejays Flying High Down the Stretch

The 2018 season did not end as Coach Servais and his Bluejays club had hoped, with Creighton falling short of a regional appearance after midseason struggles overshadowed strong bookends that included an early season win over Minnesota and an end-of-the-year triumph over California. Eleven months later Creighton has put together a strong 2019 campaign that has the club currently projected as a regional team per our latest projected Field of 64, and the Bluejays’ present RPI of 20 (Non-conference RPI of 6) gives them a shot at an at-large bid should they fall short of a conference tournament title.

Driving Creighton’s success this season has been the bats, with the team leading the Big East in hitting (.283) while also pacing the league in home runs (40) and extra-base hits (116). While there has been plenty of offensive production throughout the top half of the lineup, 1B/DH Jake Holton has been the tent pole. The junior transfer from Santa Barbara (Calif.) College just completed a 4-for-9 weekend against Xavier, including a double and two walks, improving his season slash line to .391/.497/.699. Entering the season Holton was viewed as more of a gap-power threat but has already launched 10 home runs on the season while posting an ISO of over .300 – a pleasant surprise that has helped to add significant punch to the middle of the order.

A trio of bats have helped to fortify the top of the order around Holton. Junior 2B Isaac Collins (.301/.365/.491 with 10 stolen bases in 12 attempts) is an easy plus runner with good instincts on the bases and defensive chops on the dirt. He showed well on the Cape last summer and is regularly mentioned as a candidate to go on Day 2 of the MLB Draft this June. OF Will Robertson (.284/.385/.554) – the clubs top MLB Draft prospect and potential top-two round selection – leads the team in extra-base hits (22) while also showing a solid feel for the strike zone (9% BB rate) while reaching base in just under 40% of his plate appearances. Junior OF Parker Upton rounds out the table-setting triumvirate reaching base in almost half of his plate appearances while sporting a .310/.480/.584 slash line and launching seven home runs of his own.