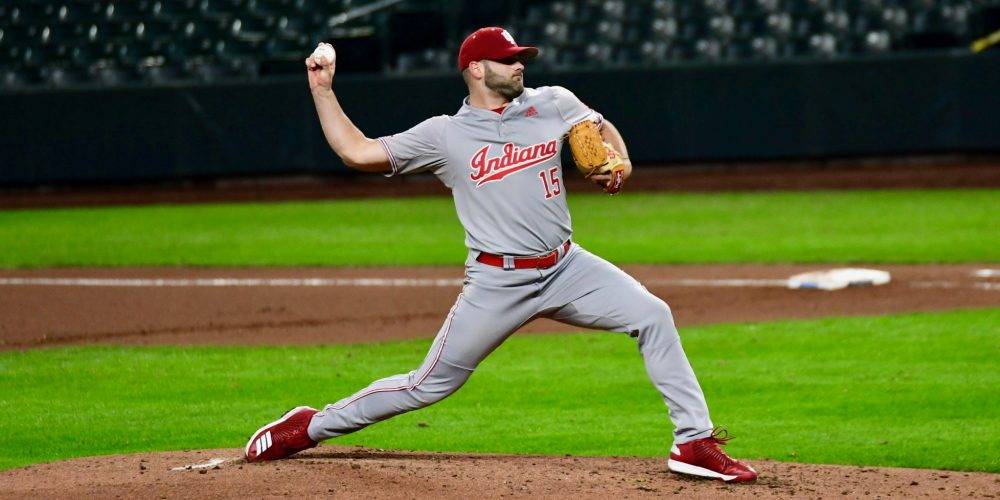 In perhaps the most consequential series in the Big Ten this season, Indiana traveled to Ann Arbor to challenge a red-hot Wolverines team for supremacy in the conference. Michigan entered the weekend holding a 2.5-game lead over the Hoosiers and riding the longest winning streak in the country at 13.

The dichotomous nature of this matchup was evident, pitting an Indiana team that leads the country in home runs (84) against a talented Michigan pitching staff that leads the Big Ten in ERA (3.16) by a wide margin. Ultimately the Hoosier bats proved to be too much for the Wolverines, scoring 26 runs over the weekend and securing the 2-1 series win. And after Indiana beat Rutgers while Michigan lost to Nebraska on Thursday, the Hoosiers have pulled within a half-game of the first-place Wolverines with two games left to play.

In his first year at the helm after a successful two-year stint at Wright State that included a regional berth last year, coach Jeff Mercer has instilled a culture at Indiana where, if the kids buy into the process, it’s understood that the results will take care of themselves. Mercer was gracious enough to spend some time with us discussing last weekend’s series and the process he’s been able to cultivate in Bloomington. …