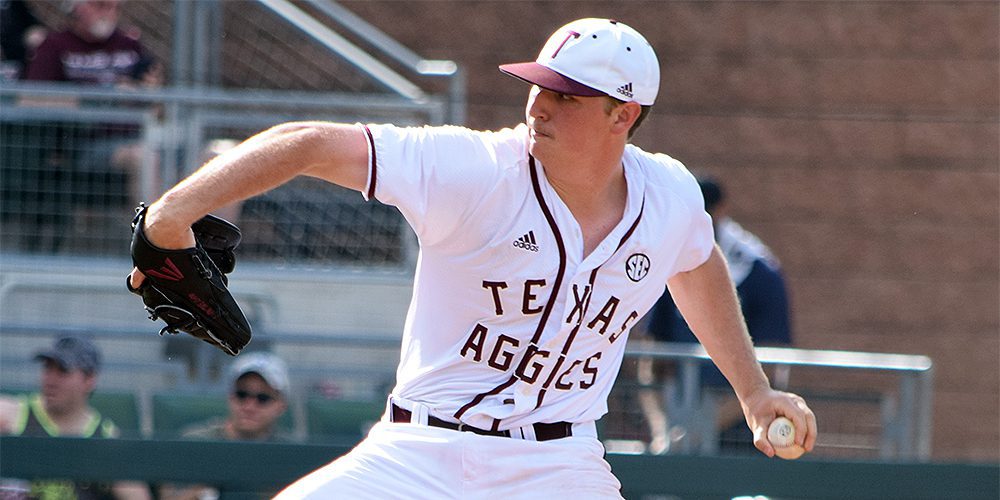 Texas A&M coach Rob Childress wanted to see more from lefthander John Doxakis after his performance against Long Beach State two weekends ago. In that start, he struck out four, didn’t walk anyone and allowed just a run on five hits in seven innings. That sounds pretty good, right? Well, Childress thought his stuff was just average and he didn’t have great command of the zone. He needed his lefty to be better.

Childress said Doxakis’ stuff was more crisp last weekend against Auburn as he struck out three, walked three and allowed three runs on five innings. However, he had too many disadvantaged counts and that forced him to leave the game after just five innings.

He took sizable step forward Friday night in a 7-6 win over Ole Miss. The 6-foot-4, 205-pounder, retired the first six batters he faced, and the Rebels didn’t get a runner in scoring position until the fourth inning when Will Golsan hit an RBI double, which scored Thomas Dillard all the way from first base.

“I thought he was really, really good and just keeps getting better and better,” Childress said. “He commanded both sides of the plate last weekend, but he was gone out of the game a little earlier. He was incredibly competitive tonight, I thought.”