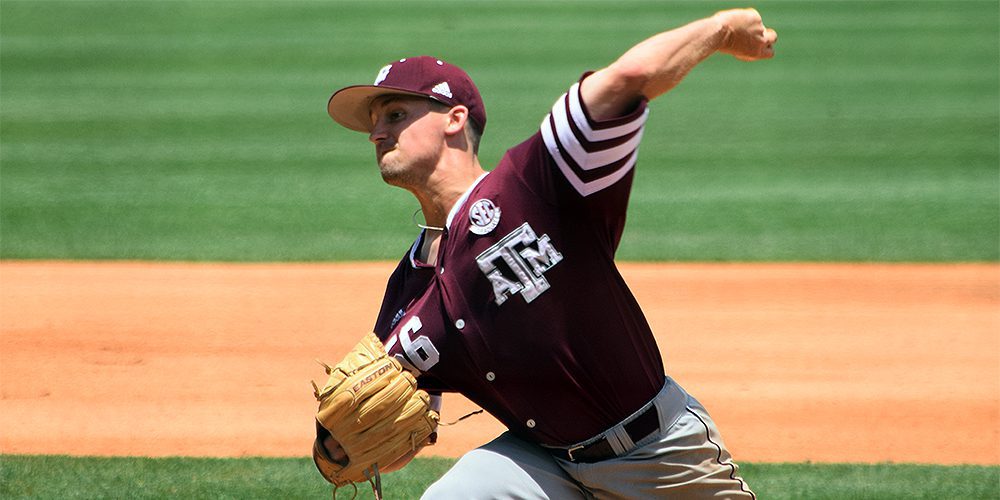 HOOVER, Ala. — With everything on the line Tuesday in an elimination game against Vanderbilt at the SEC tournament, it’s only fitting Texas A&M put its season on the shoulders of senior lefthander Kaylor Chafin.

Last summer, Chafin surprised at least some around the A&M program when he decided to return to College Station for another season. He wasn’t an ultra-high draft pick, but from a personal standpoint, he’d proven all he needed to in an A&M uniform. Chafin, though, is a consummate team player and returned because he wanted more after the Aggies went 0-2 at the College World Series last June.

The Aggies are a long, long way from returning to Omaha, but Chafin was called upon in a tough, important situation on Tuesday. Beat Vanderbilt and the Aggies remain on the good side of the postseason bubble. Lose to the Commodores, and Chafin, A&M coach Rob Childress and the rest of the team would spend the rest of the week praying for no stolen bids. To be frank, their season would’ve been over barring a surprise.

A&M, even with an RPI of 17, isn’t in the clear just yet, but Chafin put together his best outing of the season, a season-high six innings, to beat Vandy 3-1 to head to the winner’s bracket game against Georgia.

The Aggies’ season remains alive. Thanks to Chafin, of course.

The spin doctor might be feeling good now, but the first two innings looked bleak for the Aggies and Chafin, in particular. In the first, Chafin struggled with his curveball command, and the ‘Dores were sitting on his fastball. They loaded the bases and looked primed for a big inning, but Chafin induced a ground out from Stephen Scott to end the frame.

The rains came in the top of the second and Chafin was once again in some trouble in the bottom half of the inning, this after the Aggies failed to capitalize on an opportunity in the top half of the inning. The ‘Dores pushed across a run and had two more runners on base with two outs. But Chafin got out of the inning without further damage.

He was magnificent the rest of the way. In addition to his fastball command being better as the game progressed, Chafin also flashed a sharper breaking ball. He finished the afternoon with five strikeouts, just one walk, while also allowing a run on six hits in six innings. 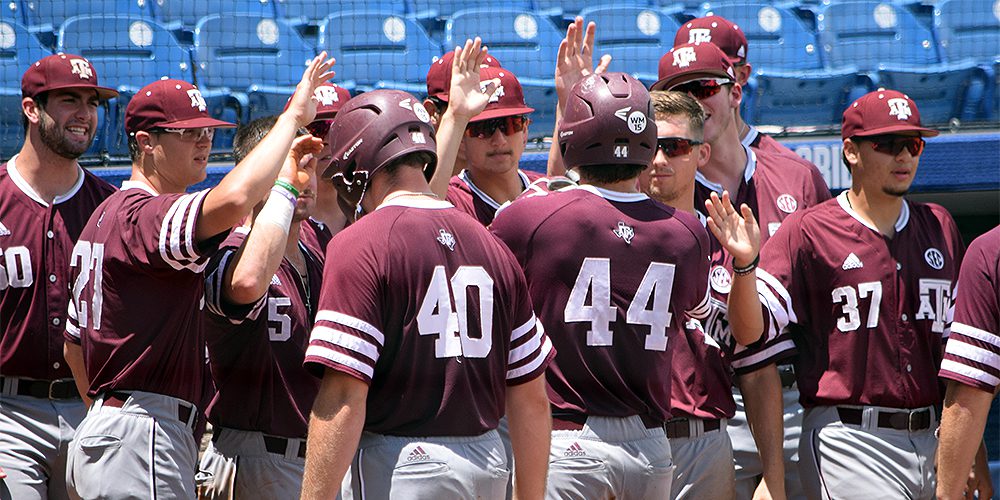 A&M still has work to do, but picked up a big win on Tuesday. (Kendall Rogers)

“He might’ve been a little revved up there early in the game, trying to do a little too much. Once we came back from the rain delay, he was able to land the breaking ball earlier in the count for strikes,” Childress said. “From about the third inning on, he was able to go out there and pretty much throw the curveball where he wanted to. He got the fastball going to his glove side and that’s when he started to throw really, really well. I couldn’t be more proud of him.”