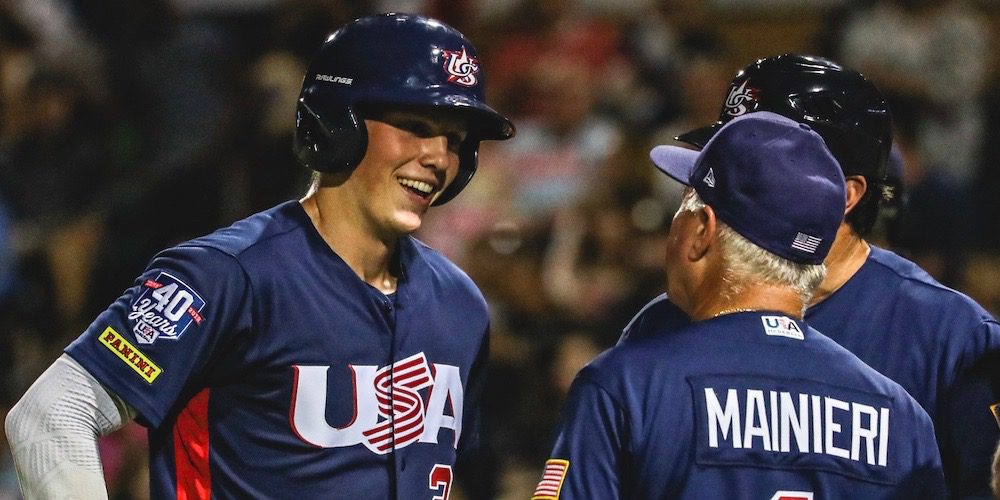 Paul Mainieri had a unique opportunity to live out a dream this summer.

For the last month, Team USA spent time in the states facing opponents such as Taiwan and Japan before wrapping up the summer with the coolest trip of all — one to Havana to face the Cuban National Team. As exciting as all trips were, it’s an added benefit when you can experience success along the way. And Team USA did plenty of winning throughout the summer.

Team USA tallied a 12-3 mark this summer, taking series in the states from Taiwan (5-0) and Japan (3-2) before finishing up the slate with a 3-1 series win over Cuba. The Americans led the series against the Cubans 3-0 before dropping the summer finale 15-4. Though it was a tough way to end the summer, it was merely a small blemish on what was an outstanding and rewarding summer for Mainieri, his staff and the players.

“It might’ve been the greatest experience I’ve ever had as a coach. Anytime you put the USA uniform on, you are filled with such pride, and truly, it’s an honor and a privilege,” Mainieri said. “I had a coaching staff with some of my very best friends in the world, and it was so much fun being together, talking about baseball and talking about everything else in life. It was like having an old band back together.

“As for the team, what a wonderful group of young men. I thought every single one of them was outstanding, and that’s a credit to their universities. It was a really enjoyable experience,” he continued. “We had a lot of success, too. I wish we would’ve gone 15-0, but 12-3 is good, too. Though we didn’t finish the season with a win over Cuba, it didn’t take away from the summer that we had. What an awesome group of kids we had, and it’s something that I’ll cherish and remember as long as I live.”

Mainieri touched on several players from this year’s national team roster. Obviously, LSU righthander Zack Hess and rising sophomore outfielder Daniel Cabrera are hot topics, while the outstanding catcher duo of Adley Rutschman and Shea Langeliers put on a show this summer. East Carolina’s Jake Agnos stepped up as well, while Mainieri was particularly pleased with the club’s bullpen.

What stood out to Mainieri about this year’s team? It’s time to take an in-depth look.

Mainieri said during our conversation that one of the concerns before each summer with Team USA is finding depth of premier catchers. It’s safe to say that wasn’t an issue this go-round, though, as the national team had a pair of catchers in Oregon State’s Adley Rutschman and Baylor’s Shea Langeliers, who both could be top-five picks in the MLB draft next June, while NC State’s Patrick Bailey is an outstanding backstop as well who had a strong freshman campaign for the Wolfpack.

Let’s start with Rutschman. Rutschman was a standout defender as a freshman two springs ago, but took a huge step forward this past spring with a Player of the Year type of campaign if you include the road through the College World Series. In Omaha, Rutschman led the Beavers to their third national title with a ridiculous .567 batting average, three doubles, two home runs and 13 RBIs.

Rutschman was with Team USA for just a portion of the summer, but he immediately made his presence felt. In addition to his terrific defensive skill set, Rutschman showed a consistent and big-time bat, and showed why he could be the No. 1 pick in the draft. For the summer, Rutschman, a 6-foot-2, 216-pounder, hit .355 with five doubles, two home runs and 16 RBIs in 31 at bats.