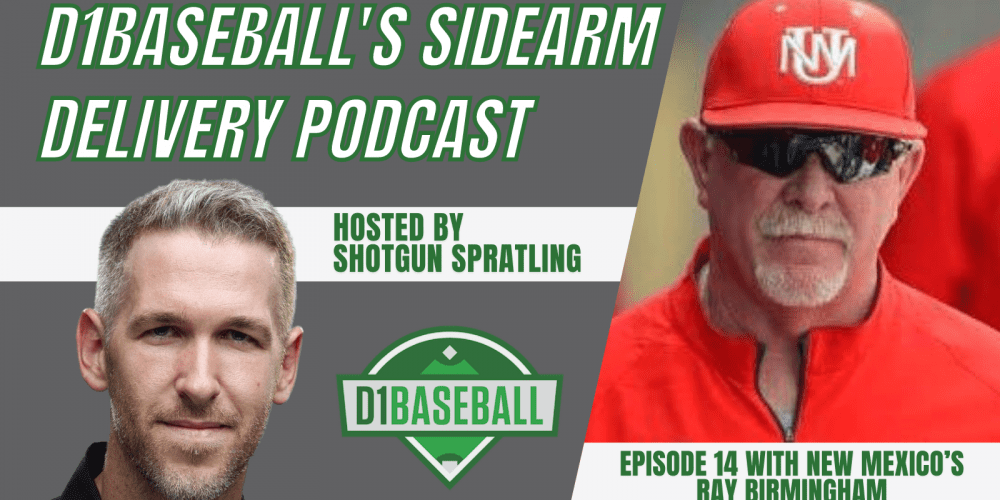 For the final Sidearm Delivery Podcast of the regular season, we chose to switch it up and devote all our time to our head coach guest, bringing on the old cowboy himself, Ray Birmingham.

The New Mexico native and champion of New Mexican athletics is retiring after 43 years as a coach, including 34 at the collegiate level in the state. Along with way, he has amassed more than 1,200 wins in college baseball. Birmingham announced the decision last month and will coach his final series this weekend when San Diego State comes to town.

We talk to Birmingham about his decision to retire, what he’ll miss the most and his plans moving forward, including how he plans to stay active in the local community and at UNM. We also discuss the program he’s leaving, what he hopes for his successor and his advice to young coaches just breaking into the profession. We also look back at his career and how the game has changed over the SIX decades he’s coached in dating back to the late 1970s

Later, we throw some superlative categories at Birmingham. Find out his most meaningful games, the coaching decision that still haunts him, and the biggest success story during his coaching tenure.