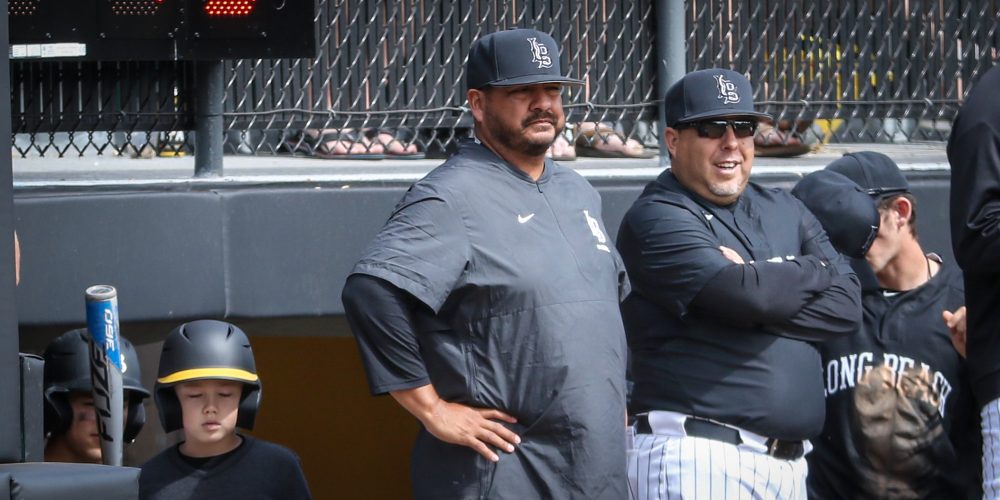 The Sidearm Delivery Podcast returns to break down the opening weekend of the 2022 college baseball season and we start with one of the most notable performances of the opening weekend, Long Beach State going into Starkville and taking two of three against defending national champion Mississippi State, including beating elite arm Landon Sims in an Opening Day pitchers’ duel.

We talk to Dirtbags head coach Eric Valenzuela about his squad’s big opening weekend, the challenges he’s faced in his first two seasons leading Long Beach State with the cancellation of the 2020 season and the local restrictions that limited the Dirtbags in 2021 and how the team has used those obstacles to motivate and bond their group.

Later, we talk with one of Valenzuela’s upcoming opponents, Sacramento State freshman pitcher Colin Hunter, who just threw a no-hitter in his collegiate debut. And finally, we’ll talk with D1Baseball reporter Eric Sorensen about the Dirtbags, Hornets and the other teams to watch in the West.

You can also check out our interview with Eric Valenzuela prior to the 2021 season when he was the first ever guest on the Sidearm Delivery Podcast: