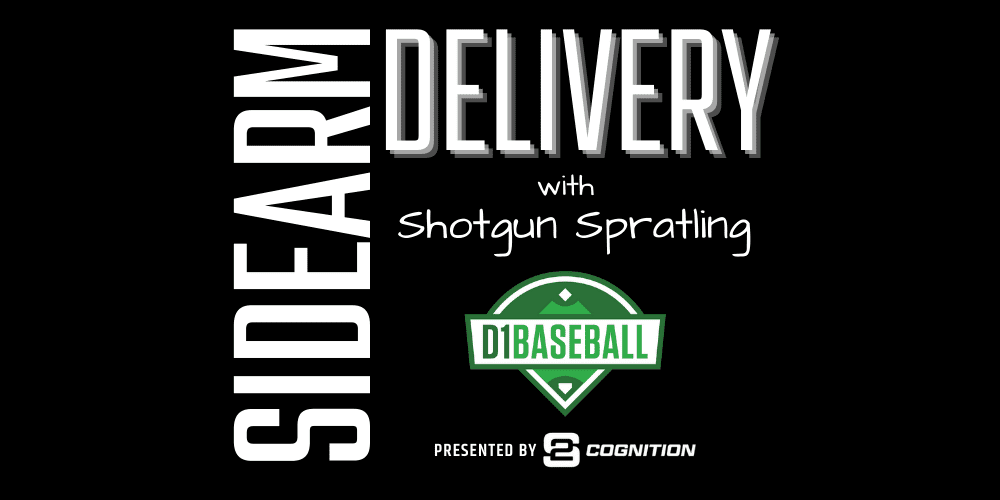 This season is flying by with the halfway point coming and going for most teams last week. That means we’ve got to start looking forward to how the conference races are shaping up and today we’re taking a look at what is happening in the Big Ten where the two East Coast teams have been beating up on the clubs from the Midwest.

Maryland head coach Rob Vaughn joins the Sidearm Delivery podcast, hosted by Shotgun Spratling, to chat about the Terrapins’ strong first half and good start to conference play. They are now 25-7 on the season with a 4-2 mark in conference play and are sitting just outside our D1Baseball top 25 rankings along with another team that we’ll be discussing, Big Ten leader Rutgers, who is 25-6 overall and 8-1 in conference play. The two red teams from the east are doing it with lineups that can hit it out of the yard but two pitching staffs with different strengths. Rutgers has one of the most dynamic closers in the nation in Dale Stanavich while Maryland has one of the top weekend rotations in the country.

We talk to Vaughn about that vaunted weekend rotation as well as a key transfer that has helped transform the lineup and what the Terps have to do to put together another run like they did last season when they went 20-5 primarily in April and May for the next stretch in school history.

Later in the episode, we talk with D1Baseball regional reporter regional reporter Patrick Ebert about the Big Ten and get his take on Maryland and Rutgers. We’ll also discuss the disappointing campaigns so far for Indiana and Nebraska, two teams picked to be in the thick of the conference race before the season, and whether Purdue’s hot start to the season was a fluke or if the Boilermakers could be contenders.