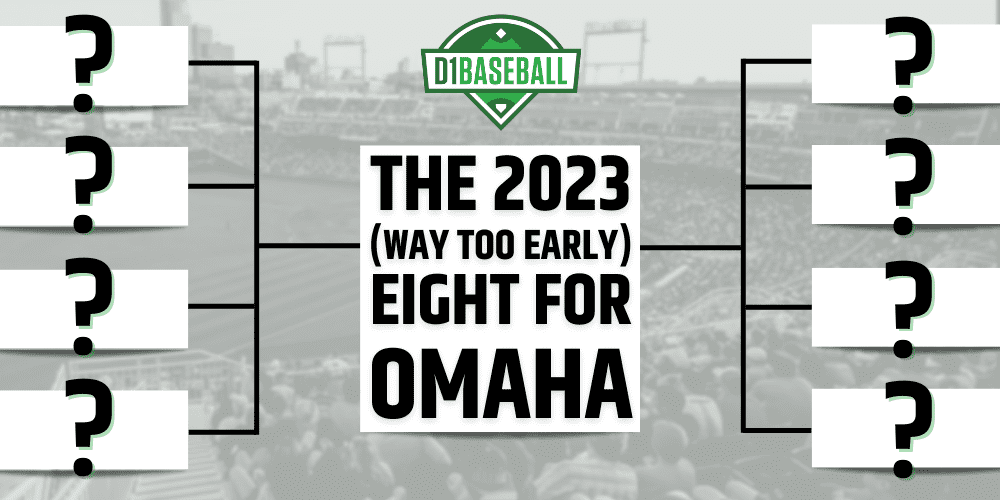 Use CODE: Omaha22 to get 20% off an Annual Subscription!

They’re probably still picking up the solo cups from the streets of Oxford after the Ole Miss victory parade, but we’re already looking ahead. Traditionally we have made way-too-early 8 for Omaha picks immediately after the completion of the CWS, but the exercise has become more of a crapshoot now due to the explosion of activity in the transfer portal and the mid-July draft date. Those relatively new developments mean it will be a while before we have a firm idea of what rosters will look like next year, so we’ll throw a few darts now just to whet your appetite, then revisit our early Omaha picks after the transfer season and the draft signing deadline have passed.

Without further ado, our staff’s early picks for the 2023 Men’s College World Series: