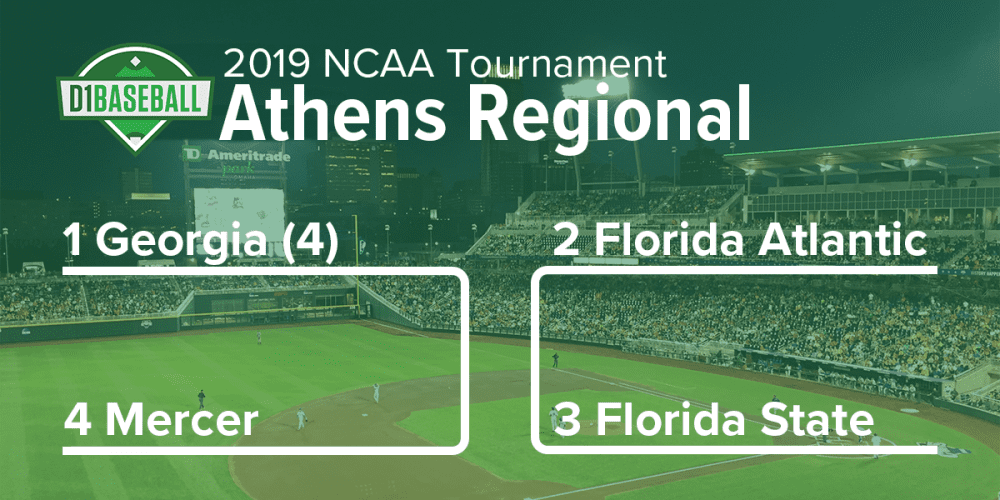 Georgia hosts a regional for the second year in a row, looking to finish the deal after getting upset by Duke in 2018. Florida Atlantic, Florida State and Mercer have other ideas. Can FSU’s Mike Martin make one last run at Omaha in his final go-round?

Most Exciting Player: Aaron Schunk, 3B/RHP, Georgia. The 6-2, 205-pound junior from Atlanta impacts the game as a hitter (.336/.370/.565) and as a closer (12 saves). He is up for the John Olerud Award as the best two-way player in the nation. He is a third-year starter and a second-year closer, and he is mature beyond his age (21). Nothing rattles him, and he will likely get drafted in the top six rounds next week.

Best Hitter: Drew Mendoza, 3B, Florida State. The hot corner should be sizzling in this regional with players such as Mendoza as well as Schunk. Mendoza, a 6-5, 225-pound junior, is a disciplined hitter (.309/481/.597) who punishes baseballs when he gets his pitch. The lefty slugger led FSU with 14 homers and has 31 dingers in his three-year collegiate career. He has outstanding raw power and should be drafted in the top two rounds next week.

Best Pitcher: Emerson Hancock, RHP, Georgia. The 6-4, 215-pound sophomore has allowed one run or less in nine of his 13 starts and is a Golden Spikes semifinalist and a first-team All-SEC selection. His fastball hums at 95-97 mph, and there is talk he could be the overall No. 1 pick in 2020. Batters are hitting just .167 against Hancock (8-2, 1.56). He has allowed just 11 extra-base hits in those 13 starts.

X-Factor: Florida State coach Mike Martin – the NCAA’s all-time wins leader in Division 1 – is retiring at the end of this season. Seminoles players will surely be motivated to make sure the end does not happen in Athens. The Seminoles have made the NCAA Tournament in 42 consecutive years, including 40 under the 75-year-old Martin. Athens is just a five-hour drive from Tallahassee, and the Seminoles should have strong support as Martin makes his final postseason run. The Seminoles have never won the College World Series – earning runner-up status in 1970, 1986 and 1999 – and it would be a shocking, story-book ending were it to happen this year.

Best Starting Rotation: Georgia. Emerson Hancock, Tony Locey and Cole Wilcox are the three hardest-throwing starters in the SEC, and Tim Elliott gives Georgia a fourth standout starting option. Hancock, Locey and Elliott have made a combined 40 starts this season, and batters are hitting less than .175 against them. Hitters usually go into a slump while facing these Bulldogs.

Best Bullpen: Georgia. Schunk (2.49 ERA) heads the Bulldogs pen. But hard-throwing RHP Zac Kristofak (3.80 ERA) has also been used to close out games with his 93-95 fastball and wipeout power slider – he has 12 career saves, including six this season. Lefties Ryan Webb (1.99 ERA) and Justin Glover (2.67 ERA) have also been effective.

Best Offensive Team: Florida Atlantic. Of the four teams in this regional, the Owls lead in scoring (7.0 runs per game), batting average (.299) and doubles (108). Now all they have to do is prove that their numbers – accomplished mostly against Conference USA – will hold up against SEC and/or ACC teams. But this has been a remarkably consistent lineup all season, with eight of the nine starters batting over .300.

Best Defensive Team: Georgia is set to break a school record for fielding percentage. Elite pitching and defense have made the Bulldogs a national seed this year.

No. 1 Seed Win Probability (1-10): 7. The Bulldogs, 28-3 at home this season, will be tough to beat in their house. They have won seven straight home games and have not lost at Foley Field since an 8-6 defeat to Georgia Tech on April 23. But FAU and FSU are dangerous challengers nonetheless, and Mercer’s big bats make the Bears a sneaky-dangerous 4-seed. 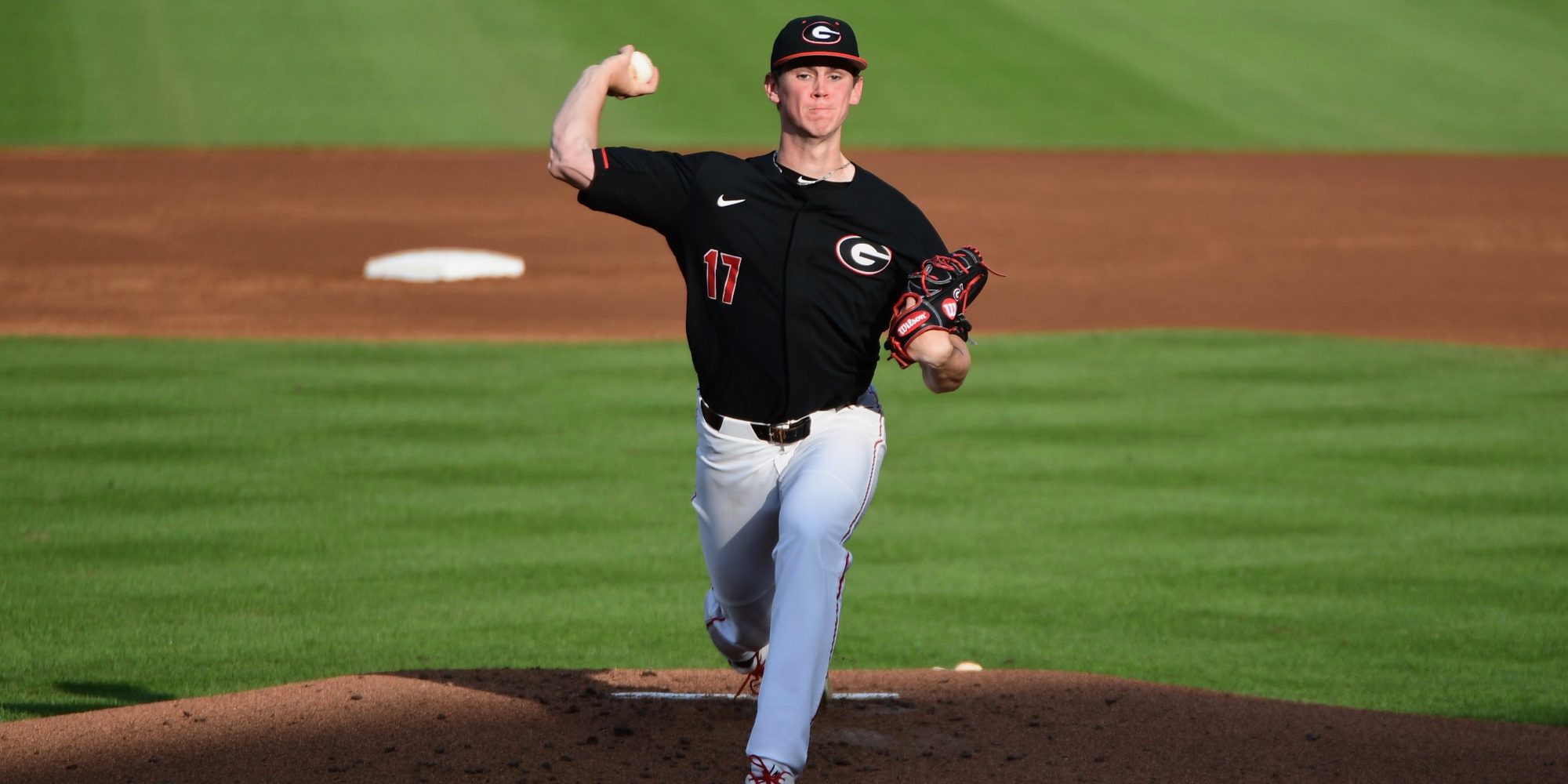 The Bulldogs hosted a regional last year as a national seed …