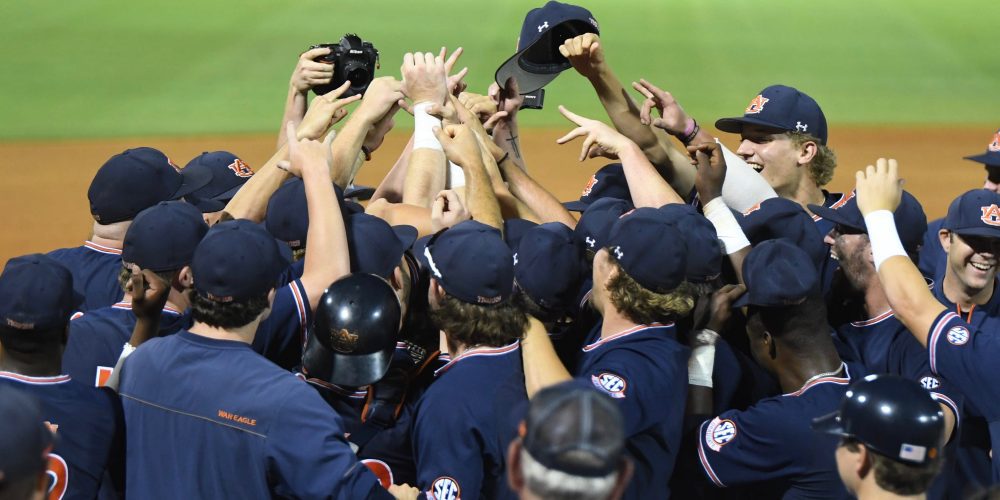 RALEIGH, N.C. — When Butch Thompson took over as Auburn’s head coach at the end of fall workouts in 2015, one of his first objectives was to scour the junior-college ranks to find some reinforcements for his 2016-17 roster. Thompson and his staff were panning for gold in a dried-up riverbed very late in the recruiting cycle — but improbably, they unearthed some big gold nuggets.

Josh Anthony, Luke Jarvis and Jay Anthony were three of the key juco recruits they signed in that frantic last-minute scramble, and that trio has helped form the backbone of back-to-back postseason clubs. This weekend, those three also played big roles in leading Auburn to an unbeaten run through the Raleigh Regional, culminating in a 15-7 win over host NC State that propelled the Tigers to their first super regional since 1999.

“I go back to day one, we found these guys in like the first three weeks, coming in in the middle of the year, this was our first recruiting class,” Thompson said. “These guys will forever be part of me and my family, and Auburn, for what they’ve done. This is our first super regional since the first year they had it in 1999. So a lot of these great programs that we compete against, we get to party like it’s 1999. But we’ve been trying to do something, and take baby steps, and build something brick by brick. These three guys right here to my left will be remembered in my eyes for helping us attain tonight, believing in Auburn just from the start. They believed in it before we were able to do it, and these guys have worked every day to lead us and help us accomplish what we did tonight.”