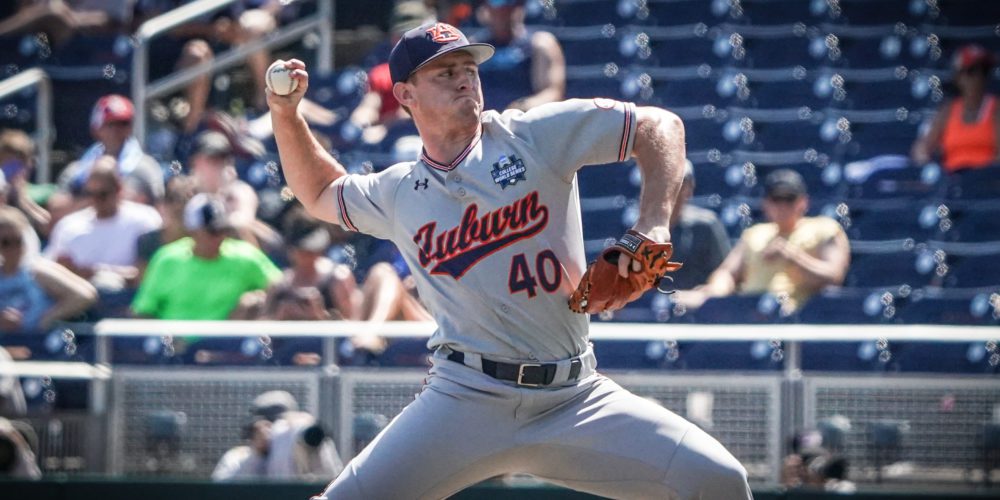 OMAHA — In a College World Series that has so far been devoid of late-innings drama, the Monday afternoon elimination game between Auburn and Stanford at least provided some serious middle-innings tension. And at each crucial inflection point when the game hung in the balance, Auburn rose to the moment en route to a 6-2 win, eliminating the No. 2 national seed Cardinal from the CWS.

It felt like Stanford was in control for five innings, as the Cardinal jumped out to a 2-0 lead in the first two innings against Auburn starter Trace Bright, while the Tiger offense was[…]