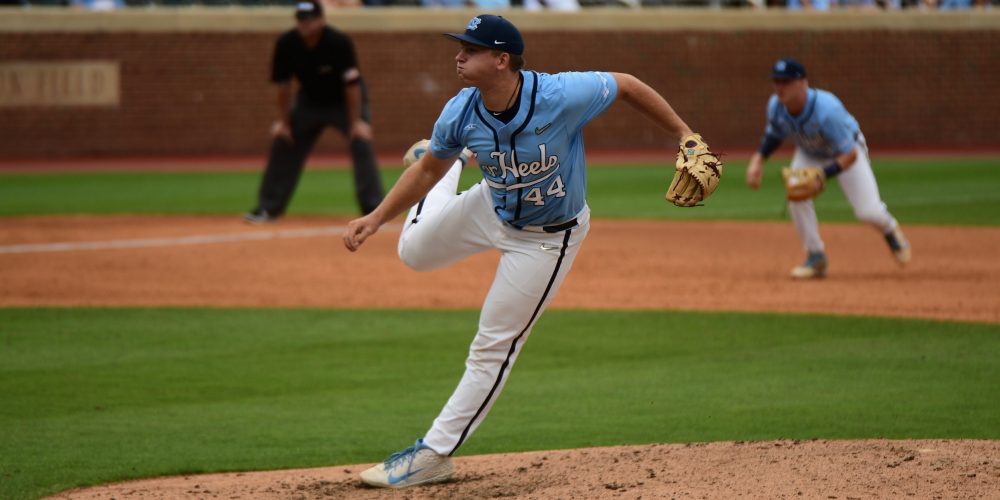 CHAPEL HILL, N.C. — North Carolina’s bullpen has been one of its greatest strengths in 2019, and it was particularly dominant during UNC’s seven-game winning streak in the ACC tournament and regionals, posting a 1.93 ERA over 37.1 innings in those seven contests. So the Tar Heels appeared to be sitting pretty with a three-run lead after seven innings in Saturday’s super regional opener against Auburn. But UNC’s trio of go-to bullpen righties — Austin Love, Joey Lancellotti and Hansen Butler — were not sharp Saturday, and Auburn stormed back to win 11-7.

On Sunday, it was back to business as usual for North Carolina, which got 4.2 brilliant relief innings from Love in a 2-0 win, leveling the series at one game apiece.

“I didn’t say anything to the bullpen [after Saturday’s loss], I don’t talk to the pitchers a whole lot, I leave that to coach [Robert] Woodard,” UNC coach Mike Fox said. “But I believe in those guys, and I just felt like Austin was going to be good today. I didn’t know he was going to be that good. I guess he threw 41 strikes and nine balls, I think it was 11 in a row at one point, so that was the difference. They’re a good offensive club so you have to get ahead. He has three plus pitches, and he was in rhythm today.”