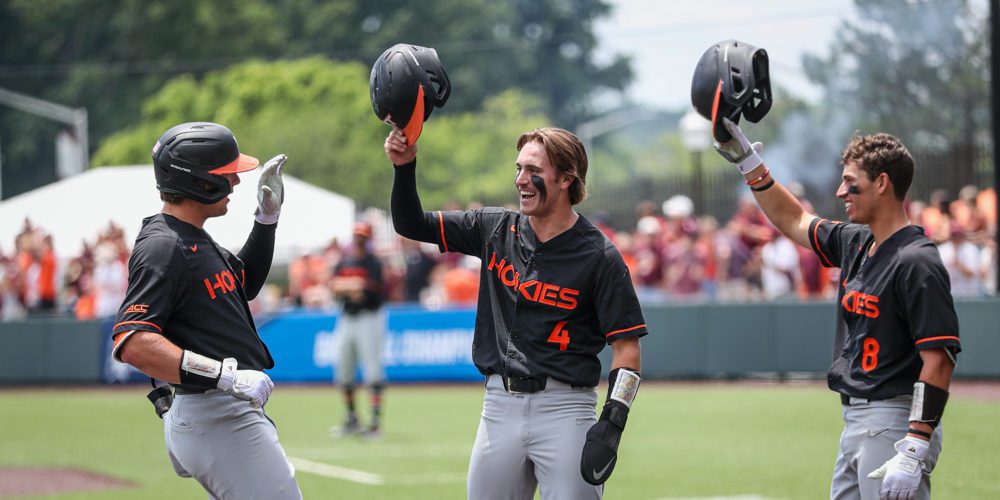 Helmet taps and air hammers, Virginia Tech blasts its way to a 14-8 win to even the Blacksburg Super Regional. (Shotgun Spratling)

The sold-out English Field at Atlantic Union Bank Park crowd chanted its desires following Nick Biddison’s second home run of the afternoon. The 447-foot blast, according to the ESPN broadcast, capped a record-breaking performance for Virginia Tech as the Hokies launched five home runs in a 14-8 win over Oklahoma to even the Blacksburg Super Regional and force a winner-take-all Game 3 to be played Sunday at 1 p.m. EDT.

The Virginia Tech fans were treated to a 14-run, 15-hit onslaught with the five homers setting the school postseason[…]