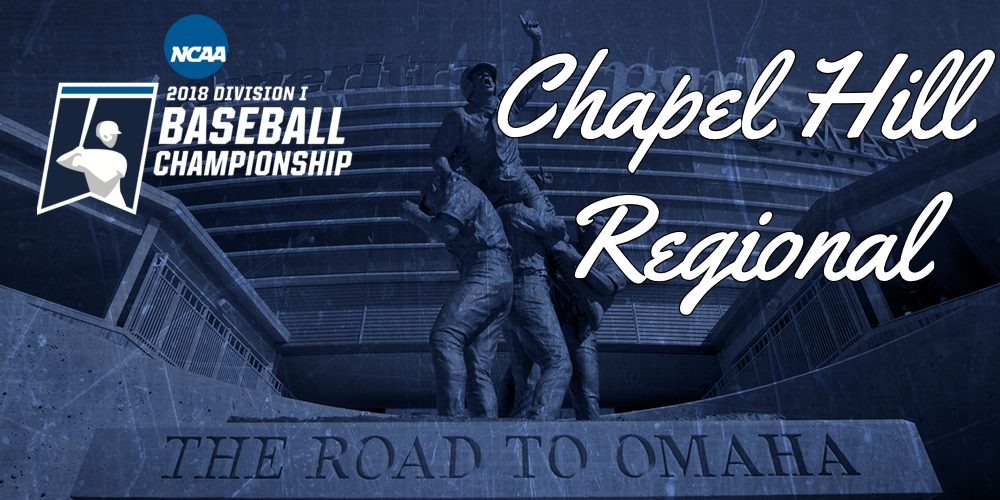 Most Exciting Player: North Carolina’s Kyle Datres can be electric. He leads North Carolina in batting average (.339), doubles (15) and steals (10).

Best Hitter: Facing a ton of elite pitching in the ACC, Michael Busch established himself as a major threat, leading North Carolina in runs (59), homers (11), RBIs (52) and OPS (.968).

Best Pitcher: Purdue’s Tanner Andrews (7-4, 2.71) has the lowest ERA by a Purdue starting pitcher in 26 years. In the Big Ten Tournament, Andrews pitched a complete game to beat Ohio State 8-2. He struck out seven and got 14 groundball outs to become the first Purdue pitcher in eight years to pitch a complete game in the league tournament. He gets a slight nod over Houston’s Aaron Fletcher, the AAC pitcher of the year (coming off a rough start in the conference tournament).

X-Factor: North Carolina sophomore righthander Gianluca Dalatri (1-2, 2.50, 24 strikeouts in 18 innings, four starts) is a preseason All-American who missed most of the season due to an elbow injury. But the 6-6, 255-pound Dalatri came back for two starts, most recently throwing five scoreless innings against Georgia Tech in the ACC Tournament. He went 7-3 with a 3.34 ERA last year, leading the Heels with 97 innings. If he is fit, he can be a workhorse for UNC — and he looked great last week, sitting at 90-93 with his typical quality four-pitch mix.

Best Starting Rotation: North Carolina has the best overall staff, but Houston’s 1-2 punch of Aaron Fletcher and Trey Cumbie is stellar at the top of the rotation. Cumbie was named American Athletic Pitcher of the Year in 2017 when he went 10-2 with a 2.04 ERA with four complete games. Fletcher was named the league’s Pitcher of the Year this season, going 6-4, 2.43. Cumbie is 7-3, 3.44 this year, giving the Cougars two aces if they pitch to their potential.

Best Bullpen: North Carolina uses is bullpen aggressively, and its two most valuable pitchers this year have been righthanded relievers Brett Daniels (6-0, 2.35) and Josh Hiatt (3-2, 2.76), who have combined to pitch 100 innings over over 58 appearances. Both have fastballs around 90 mph, legit plus changeups and improved breaking balls. Lightning-armed freshman Joey Lancellotti leads a solid supporting cast.

Best Offensive Team: The Tar Heels, who average 6.9 runs per game, tend to grind out at-bats. They have a .390 team on-base percentage, third-best in the ACC. They are also third in the league in walks, helping to make up for the lack of overwhelming power or speed.

No. 1 Seed Win Probability (1-10): 6. This UNC team isn’t an overwhelming juggernaut, but it does a lot of things well, and it is hungry for redemption after getting upset as the No. 2 national seed by Davidson in last year’s Chapel Hill Regional. Experience is a real advantage for this UNC group, and so is a favorable Friday matchup against North Carolina A&T, one of the bottom three RPI teams in the field.