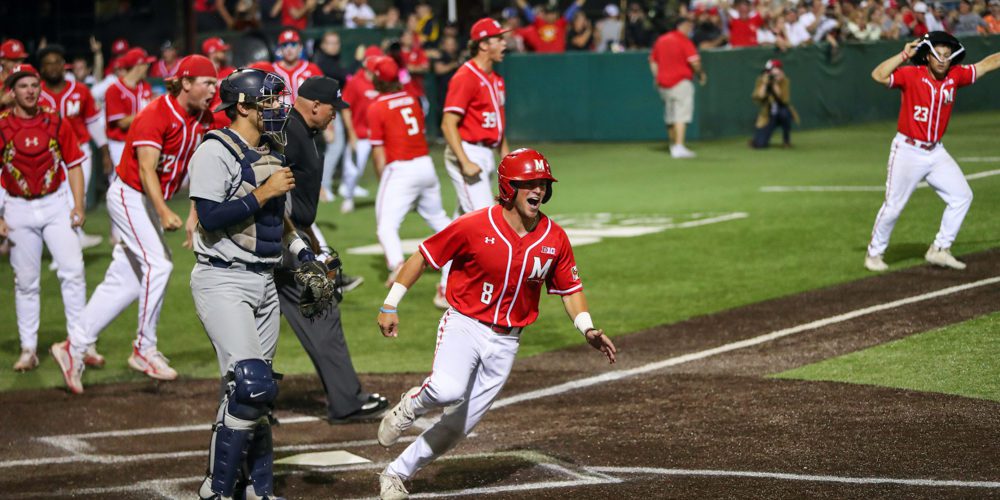 Maryland forced a Game 7 with an epic comeback and an extra-inning walk-off. (Shotgun Spratling)

COLLEGE PARK, Md. — Needing a win to force a winner-take-all regional Game 7 on Monday, Maryland turned to Nick on the mound.

Four hours and nearly 11 innings later, the Terps needed a big swing to lock up that victory against a tough, blue-collared Connecticut squad. Nick stepped to the plate and delivered.

Two different Nicks, both graduate transfers in their first season with the Terrapins, with two different season paths came together to create a night of “See you tomorrow!” memories rather than “Good luck in the future” goodbyes. Maryland’s record-breaking season was saved by two Nicks that[…]