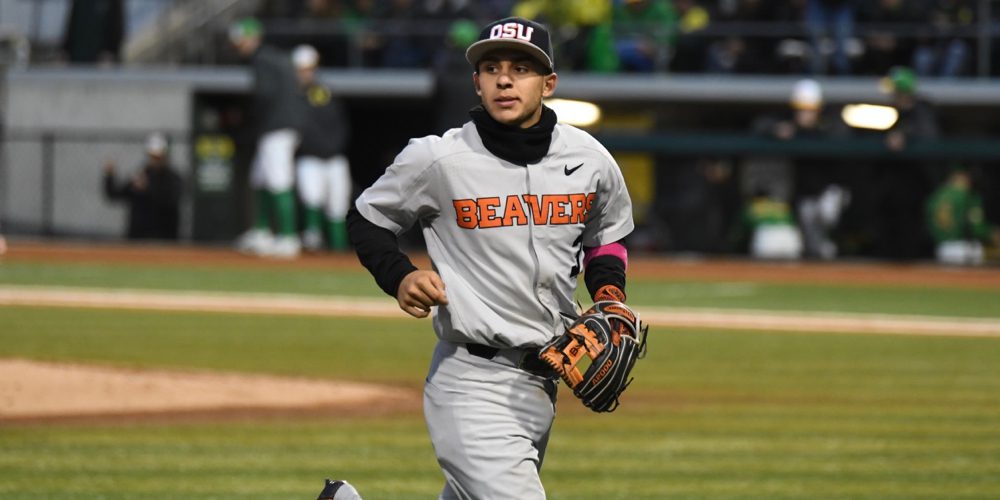 How Vanderbilt Got Here: The Commodores had an up and down season that finished with them landing in the middle of the SEC pack, but they seemed to find their identity down the stretch, and they played at a high level as the No. 2 seed in the Clemson Regional, which they won in four games.

How Oregon State Got Here: Oregon State has put together one of the most dominant seasons in college baseball history — in fact, its .929 winning percentage would rank as the best in college baseball history if the season ended today. The Beavers went an unprecedented 27-3 in conference play and allowed just 2.1 runs per game, a full run fewer than any other team in the country. They earned the No. 1 national seed and waltzed through the Corvallis Regional, outscoring their opponents 27-3 in three games.

Starting Pitching: Vanderbilt might have the No. 1 overall pick in the draft in RHP Kyle Wright, plus a rock-solid strike-thrower with a 2.36 ERA in Friday starter Patrick Raby. And yet… Oregon State owns the best staff ERA (1.78) of any team since the 1970s. Luke Heimlich (0.76) and Jake Thompson (1.30) rank first and second nationally in that category, and Drew Rasmussen has returned from Tommy John surgery to give OSU a third arm with the ability to dominate when he’s on – in fact, he has the best raw stuff of the trio.  Edge: Oregon State.

Bullpen: The bullpen also deserves plenty of credit for OSU’s laughably miniscule staff ERA. Jake Mulholland, Brandon Eisert, Mitchell Verburg, Max Engelbrekt give OSU a quartet of reliable strike-throwers to build around, and Grant Gambrell brings power stuff from the right side. The Beavers can mix and match very effectively with good options from the right and left. Vandy’s bullpen has been a liability at times this season, though it has no shortage of power arms. Edge: Oregon State.

Offense: This is a tough one. The Commodores have more firepower in the top half of the lineup courtesy of Will Toffey, Julian Infante and Jeren Kendall, but the bottom half of Vandy’s lineup is much more pitchable than the bottom of OSU’s order. The Beavers aren’t a power-hitting outfit, but they grind out at-bats exceptionally well from top to bottom, they can apply loads of pressure through their speed and bat-handling ability, and they do have star power in Pac-12 player of the year Nick Madrigal and slugger K.J. Harrison. Vandy is a higher scoring team (6.7 runs per game vs. OSU’s 6.0), but the Commodores also play in a far more offensive league setting. Edge: Push.

Defense: Oregon State’s overall athleticism and abundance of sure-handed, instinctive defenders has made it one of the nation’s premier defensive teams, though its .977 fielding percentage is just one point ahead of Vandy’s .976. Madrigal and shortstop Cadyn Grenier are magicians in the middle infield that can flip spots as head coach Pat Casey sees fit, and Steven Kwan has tremendous range in center field. The Commodores also have a standout shortstop (Connor Kaiser), second baseman (Ethan Paul) and center fielder (Jeren Kendall), and they get the edge behind the plate with the veteran Jason Delay. Edge: Push.

Experience/Intangibles: Oregon State’s focus this year has never wavered — the Beavers are 52-4, for goodness sake. That’s the mark of an incredibly disciplined, mentally tough club that almost never beats itself. Vanderbilt has grown as a team over the course of the season, and it is playing with confidence right now, but OSU is off the charts when it comes to intangibles. Edge: Oregon State.

AN OPPOSING COACH BREAKS DOWN VANDERBILT: 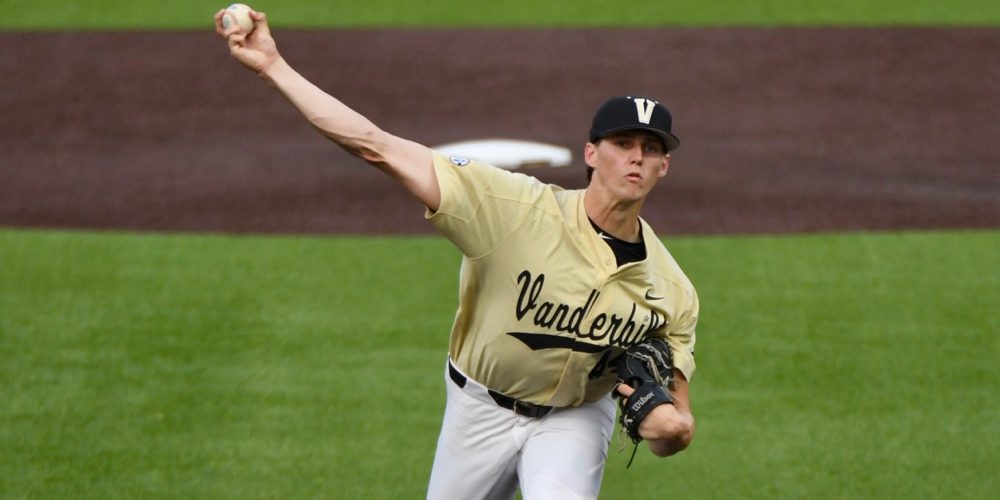 “When we saw them, I didn’t think they swung the bats great outside Toffey and Kendall, but I know they’ve gotten hot recently, good weekend against Alabama and swung it really well at the Clemson Regional. I think the depth of the lineup is key, getting a couple more guys going, especially at the bottom of the lineup. Obviously Kendall is really special, can do a lot of things.