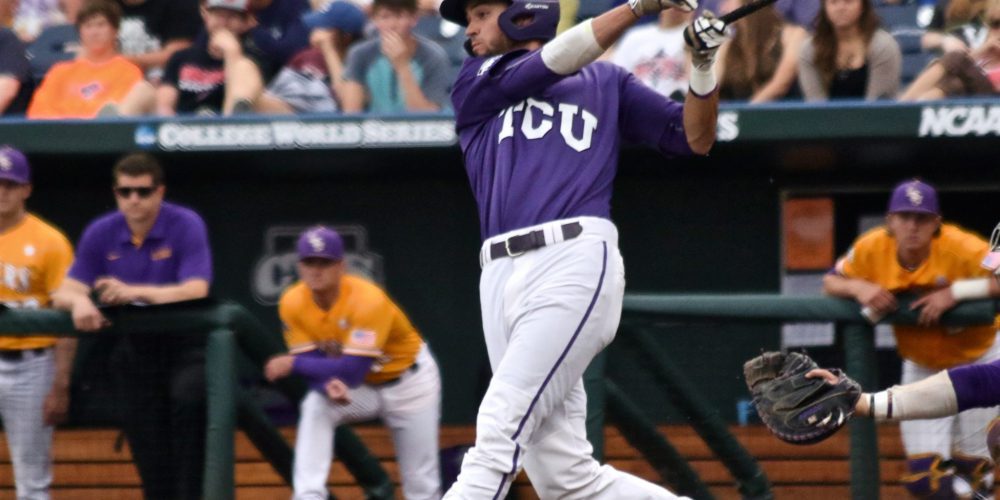 OMAHA — A year ago, TCU outfielder Dane Steinhagen played in front of tens of fans…at best. Playing for Howard College, there was little fanfare when Steinhagen batted .324 and scored 54 runs.

But a year later, Steinhagen is on college baseball’s grandest stage and loving every minute of playing in front of a sold out TD Ameritrade Park.