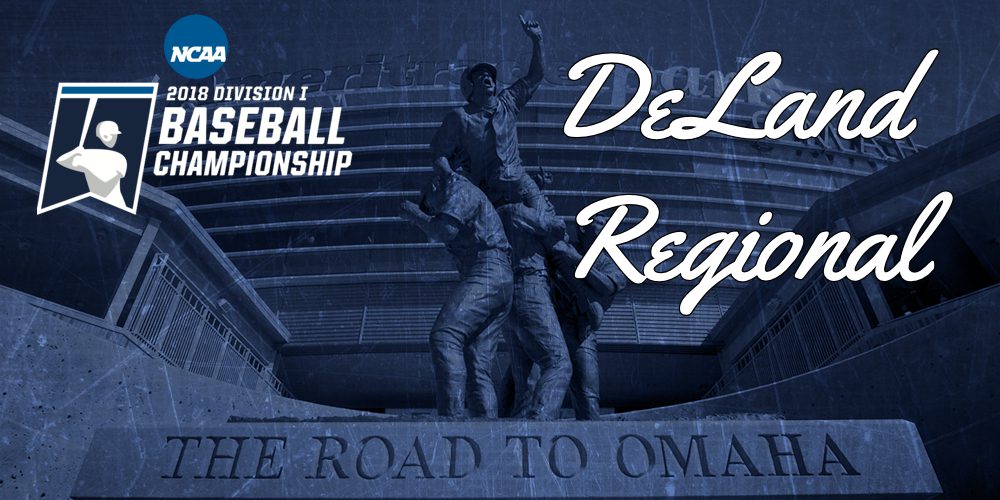 Most Exciting Player: South Florida lefthander Shane McClanahan, a redshirt sophomore, is a must-watch performer because he challenges hitters … and usually wins. Also, he can run his fastball into triple-digits from the left side. In 13 starts, batters are hitting just .181 against him, and he leads the nation with 15.06 strikeouts per nine innings. He is a slam-dunk first-round pick in Monday’s draft, with a strong chance to go in the top 10 picks.

Best Hitter: South Florida third baseman David Villar – the team captain – is second in the American Athletic Conference with a .379 batting average and eighth in the nation with 24 doubles. He also leads USF with 12 homers and 55 RBIs.

Best Defensive Player: Stetson catcher Austin Hale is a standout catch-and-throw guy who has thrown out 34 percent of basestealers. He is the general of a very good Hatters defense.

Best Pitcher: Junior righthander Logan Gilbert (10-1, 2.52) will likely start Stetson’s second game of this regional, perhaps against South Florida’s McClanahan in what would be a dream matchup for scouts and fans alike. Batters are hitting just .171 against Gilbert.

The Hatters have produced a pair of elite major-league pitchers in recent years in Jacob deGrom and Corey Kluber. But unlike those guys, Gilbert is expected to be a first-round pick on Monday.

X-Factor: What if Oklahoma State suddenly reverts to its form from earlier this season, before its current slump of nine losses in its past 10 games? The Cowboys led the Big 12 for most of the season and looked poised to host a regional until their late-season swoon. If they rediscover their winning ways this weekend, look out.

Best Starting Rotation: Gilbert leads a deep and talented Stetson rotation that also includes junior righthanders Joey Gonzalez and Jack Perkins and sophomore lefthander Mitchell Senger. Gonzalez (8-3, 1.77) ranks second in the Atlantic Sun in ERA and also has one save. Perkins (10-2, 2.57) allowed just one homer all season – six fewer long balls than Gilbert. And Senger (8-2, 2.65) leads the league in complete games with four.

Best Offensive Team: South Florida leads the American Athletic Conference with a .299 batting average. The Bulls also lead the league in slugging percentage and OPS and rank second in the nation in doubles.

Best Defensive Team: Stetson leads the Atlantic Sun with a .975 fielding percentage, making less than one error per game.

No. 1 Seed Win Probability (1-10): 5. This regional could come down to Stetson and South Florida – two Sunshine State rivals who have long been in the shadow of the Miami Hurricanes, Florida Gators and Florida State Seminoles. Now it’s their chance to seize the spotlight. But Oklahoma State is a darkhorse that could crash the party.