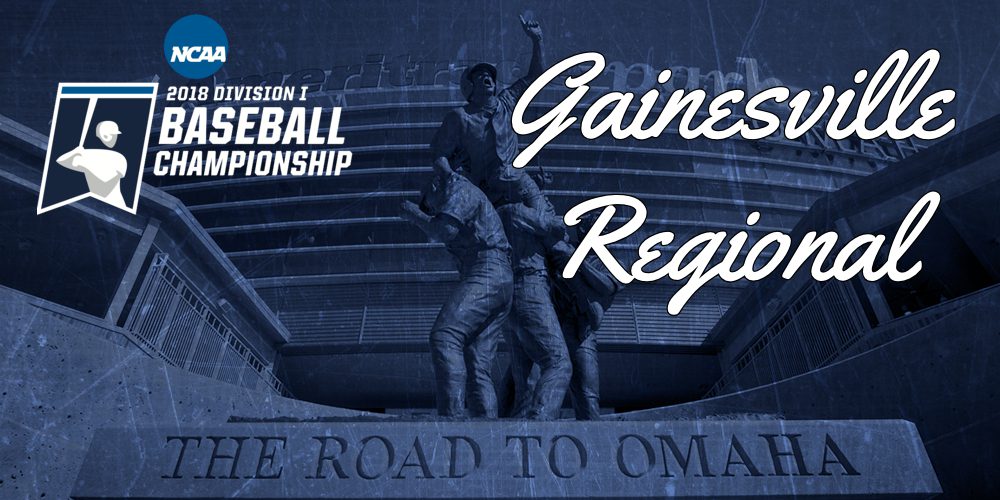 Most Exciting Player: Florida starting pitcher Brady Singer pitches with his emotions on full display. The junior righthander was superb in their postseason run a year ago and after sitting out the past two weeks, one has to assume to will be champing at the bit to help his club this weekend.

Best Hitter: Jonathan India has blossomed this spring to become one of the best hitters in the country. He has slugged 17 home runs and is the Gators’ leading hitter with a .362 average.

Best Pitcher: Singer went 10-1, 2.25 and opponents hit just .186 against him, collecting just 59 hits in his 88 innings. He is always around the plate and makes team beat him, easier said than done with his kind of stuff — a fastball that reaches 95 with explosive life, and a putaway breaking ball.

X-Factor: Jacksonville ace Chris Gau has been stellar this season and may be the most accomplished pitcher in the field who doesn’t wear Gator colors. If Gau gives his normal start, the Dolphins should get off to a really good start.

Best Starting Rotation: Florida has Singer, Jackson Kowar, Jack Leftwich and Tyler Dyson. And should the Gators need another option, they will just pull another impressive arm out of the deck that would be a key starter for most teams.

Best Bullpen: Florida has closer Michael Byrne and a cast of relief options to complement him like Jordan Butler, Andrew Baker, Tommy Mace and Hunter McMullen.

Best Offensive Team: Florida won the national title last season with a lineup that wasn’t nearly as strong as this one. This group has more depth and power potential, ranking fifth in the nation in home runs and 16th in slugging.

Best Defensive Team: Florida is an elite defensive team as usual, ranking 15th in the nation with a .979 fielding percentage. India and Liput are as good as anyone on the left side of the infield.

No. 1 Seed Win Probability (1-10): 9. Florida is obviously the team to beat. If the Gators return to midseason form, they should have little trouble. But if the past two weeks are a sign of chinks in the armor, the Gators could be vulnerable.