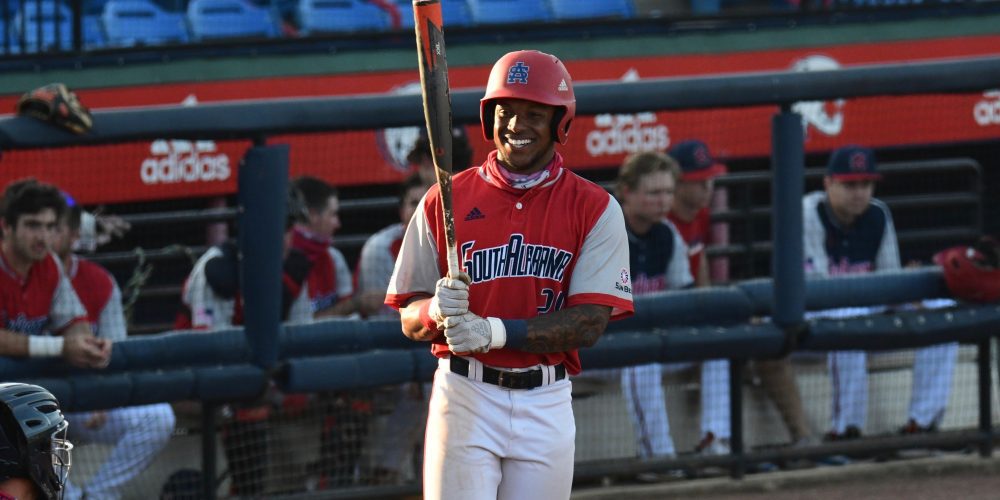 GAINESVILLE, Fla. – Welcome to the only regional in the country where it’s four seed versus three seed for the title.

Neither the fourth-seeded South Florida Bulls, who are unbeaten in Gainesville, nor the third-seeded South Alabama Jaguars, who have won two straight elimination games, have ever won a regional.

But that’s about to change for one of these underdog programs, a magical fate that was secured on Sunday afternoon when the Jaguars upset the second-seeded Miami Hurricanes, 7-2.

Michael Sandle, who has looked exceptional in center field in this regional, slugged two homers to lead the Jaguars (35-21).