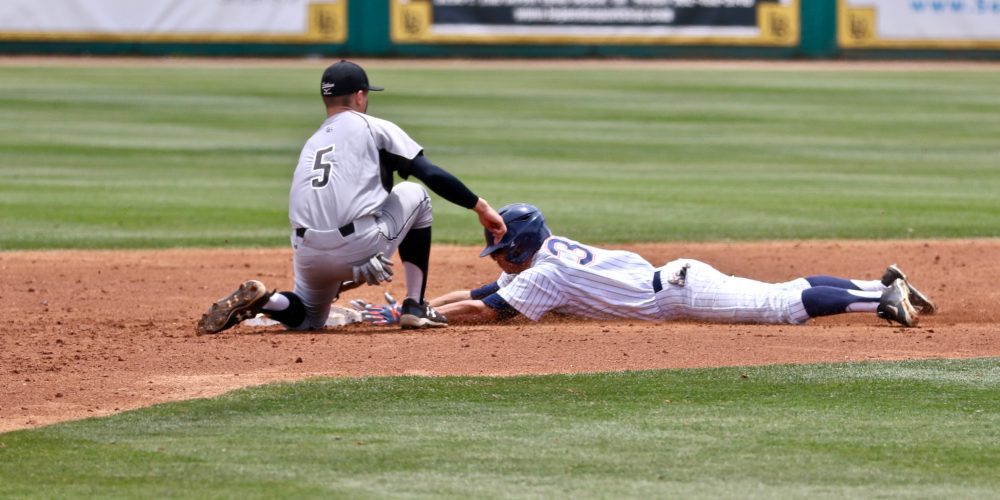 Hunter Cullen dives into second base for a super regional double. (Shotgun Spratling)

LONG BEACH, Calif. — As the chorus of “Jo-hn…Ga-vin…Jo-hn…Ga-vin” rained down upon him in Cal State Fullerton’s post-game high-five-and-hug procession, Gavin got to the last person in line, Colton Eastman. He pulled the sophomore righthander close and told him one thing:

“Just get it done tomorrow.”

Because of Gavin’s effort, throwing a seven-hit shutout to even the Long Beach Super Regional, Eastman will have the opportunity to continue a Titan trend. Five times this season, Cal State Fullerton lost the first game of a weekend series. On four occasions, they rallied to take the series with a pair of wins on Saturday and Sunday.

The Titans are halfway to doing it for a fifth time after beating up on Long Beach State, 12-0, Saturday afternoon to take Game 2 of the rivals’ super regional series. Fullerton’s win — just the second in eight games against the Dirtbags this season — forces a winner-take-all Game 3 on Sunday at noon.

Long Beach State chose to go with their most consistent starter Dave Smith on four-days rest after he started twice and pitched 13 scoreless innings in the regional last weekend. It backfired.

Starting his third game in eight days, Smith struggled to keep the ball down in the zone and his defense did him no favors, committing four errors on the day and not making a handful of other plays. Fullerton worked Smith over for nine runs (eight earned) on 11 hits in three innings, scoring seven runs in the third to break the game open.

“I take responsibility for asking so much of Dave Smith to be out there on this particular day. This loss is on me. I completely own it,” Buckley said to open his post-game news conference. “We’ve asked a lot of Smitty. Up until this point, he certainly has given us everything he had and he did today. He just didn’t throw the ball very well.” 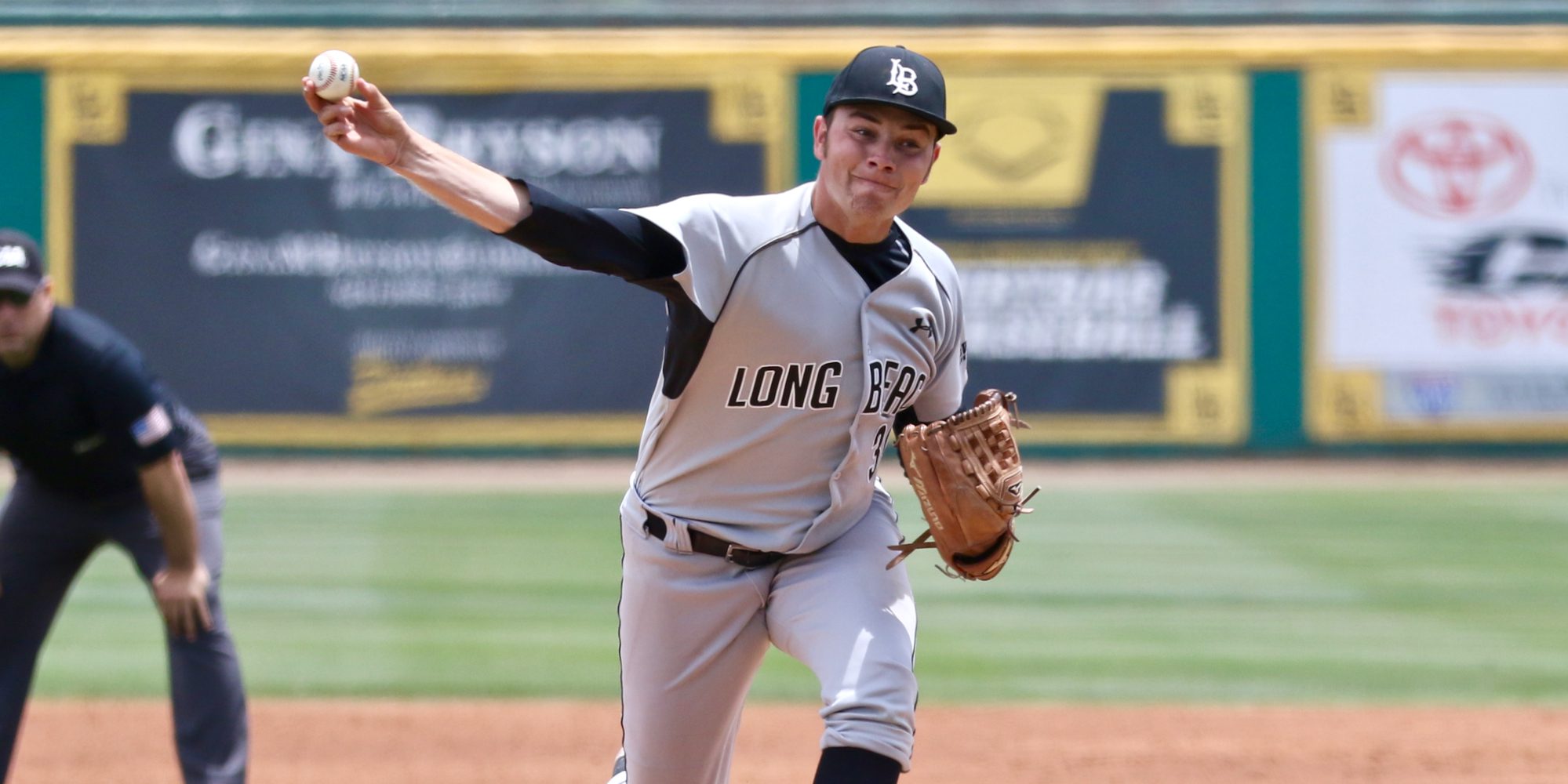