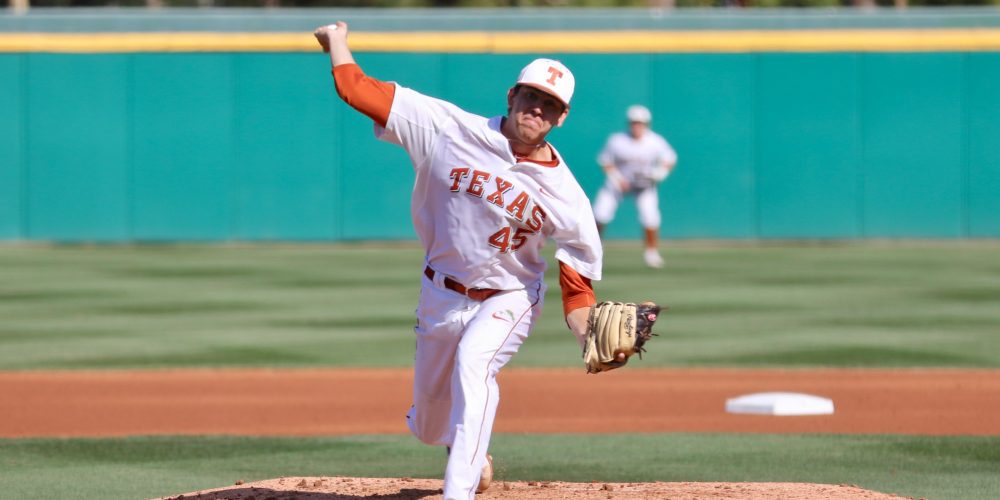 Kingham Is King In Long Beach

LONG BEACH, Calif. — Facing UCLA ace righthander Griffin Canning, an expected mid-first round draft pick, Texas had to have a good pitching performance. Instead, it got an outstanding outing.

Sophomore Nolan Kingham allowed just one run on six hits to lead the Longhorns to a 3-2 win in the Long Beach Regional opener at Blair Field. The first postseason win for David Pierce as Texas head coach came via the right arm of Kingham on Friday. Kingham attacked the zone early and often with an 87-91 fastball that touched 92 — down a couple notches from where it is normally at, but that worked to his advantage against the Bruins.

“He had the fastball working,” UCLA shortstop Ryan Kreidler said. “He didn’t have his normal velocity like we were expecting him to, but one thing good pitchers do is that make pitches when they don’t have their best stuff. I thought he did a good job of locating his fastball. Just kind of kept us on our toes.”