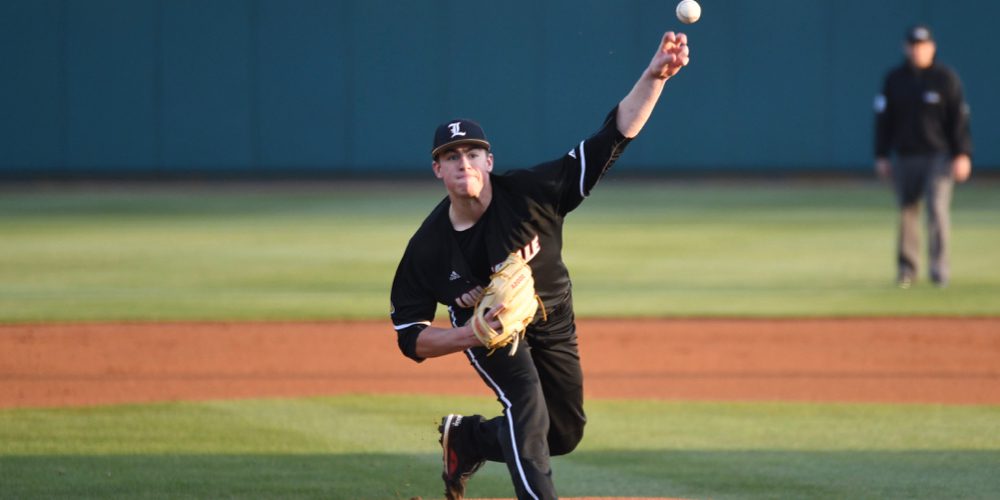 Most Exciting Player: Brendan McKay, Louisville
The 2017 Golden Spikes candidate is just a joy to watch, both on at the plate and on the mound. No contest. He can pipe it in there at the low 90s with a hammer curveball from the bump and he can launch bombs from the plate.

Best Hitter: Drew Ellis, Louisville
Ellis edges out McKay for this honor based solely on the fact that he’s got a slightly better average (.376 to .363). Other than that, both of them have hit 17 home runs and both have a lot of walks (35 and 40 respectively).

Best Pitcher: Brendan McKay, Louisville
The reason that McKay is the best pitcher in this regional is because he is 9-3, 2.37 and holds opponents to a .181 average, and he has the stuff from the left side to be drafted in the top five overall picks. But if McKay weren’t around, I really could’ve put his teammates Lincoln Henzman or Kade McClure in here and gotten no argument. Or Xavier’s Zac Lowther

X Factor: The X’s Factor
Talking with Indiana head coach Chris Lemonis, he said that Xavier’s pitching staff is as good as he has seen. But a team ERA of 4.57 shows that the Musketeers’ staff has underachieved. But remember what they did in the postseason last year when they eliminated Vanderbilt and Washington? The X could make a run here if it can harness some of that postseason magic from a year ago.

Best Starting Rotation: Louisville
This is the working definition of a no-brainer. The ‘Ville has a team ERA of 2.82 and has 532 strikeouts as opposed to just 185 walks and an opposing batting average of just .220. The three-man rotation of Brendan McKay, Kade McClure and Nick Bennett all hold their opponents to a .223 average or worse. Strong.

Best Bullpen: Louisville
The Birds have three relievers that are on pure lockdown mode out of the ‘pen in Lincoln Henzman, Sam Bordner and Adam Elliott. The trio have thrown 32.0, 33.0 and 32.1 innings respectively and combined the three of them have given up just 14 earned runs.

Best Offensive Team: Louisville
This might not be a very offensive regional as the Cardinals have the best team batting average of the three at .289. That’s a far cry from last year’s .321 average the Cards put together but with their pitching as on point as it is, they won’t need much more offense to make a deep run here in June.

Best Defensive Team: Oklahoma
The Sooners have a regional-best .977 defense and feature a junior-senior heavy infield that is as stingy on D as the Selmon Brothers (Google it youngins). Led by 3B Jack Flansburg, 1B Austin O’Brien and 2B Kyle Mendenhall, the Sooner D has committed just 47 errors in 56 games. Catcher Renae Martinez has been a revelation behind the dish and he also adds a .328 bat to the offense.

Louisville’s Win Probability (1-to-10): 9
The Cardinals have lost in the postseason on their home field each of the last two years, so you know they aren’t going to mess around here and allow any slip-ups (then again, there aren’t any Big West teams in their regional or super matchup, so they’re good). If the Sooners were coming in on an uptick, I might give them a puncher’s chance.

As mentioned above, the Cards mean it this time. Omaha or bust. No more of this coming up short stuff again.