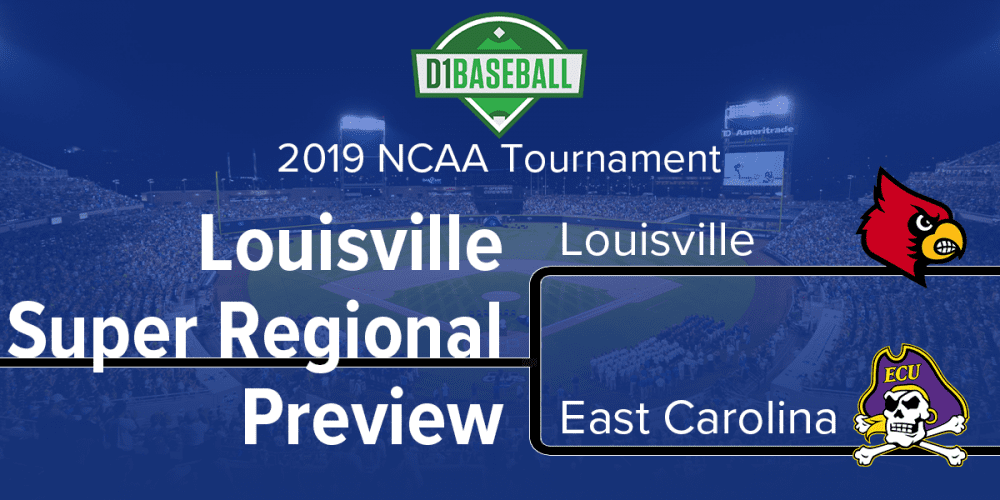 East Carolina returned most of the key pieces from a club that hosted a regional last year but was eliminated shy of the regional finals. The experience left this group with a bad taste in its mouth and put it on a mission to finally get ECU to Omaha. The Pirates dominated the American Conference in the regular season, winning it by seven games before going 1-2 in the conference tournament. After getting snubbed for a top-eight seed, ECU was stunned by fourth-seeded Quinnipiac in the Greenville Regional opener. The Pirates bounced back with four dominant wins in two days, outscoring NC State, Quinnipiac and Campbell (twice) by a combined score of 44-11.

How Louisville Got Here • Schedule and Results | Team Stats and Leaders

The Cardinals entered the season ranked No. 4 in the D1Baseball Top 25 and largely lived up to preseason billing, winning the ACC regular-season title by two games and earning the No. 7 national seed. After winning their regional opener against Illinois-Chicago, the Cards were knocked off by Illinois State on Saturday. They rebounded to outslug Indiana, and then beat the Redbirds twice to advance to their sixth super regional in the last seven years.

These two teams are pretty evenly matched in the rotation — in fact, as total pitching staffs, Louisville ranks 22nd nationally in ERA (3.65) and ECU is 23rd (3.66). Both teams have a legitimate All-America-caliber ace lefthander in Louisville’s Reid Detmers and ECU’s Jake Agnos, both of whom can reach the low 90s and have plus hammer curveballs. But the Cardinals have better pure stuff behind Detmers in the rotation, as fellow lefty Nick Bennett has more velocity and a more complete repertoire than ECU lefty Jake Kuchmaner, though Kuchmaner’s plus changeup and deception make him tough. And RHP Bobby Miller has much more explosive stuff than ECU sinkerballer Tyler Smith. The Pirates could also elect to start versatile lefty Alec Burleson in lieu of Smith, as Burleson has been used both as a reliever and as a starter (he worked two innings of relief in the regional opener and five innings as a starter on Monday), and he’s a major weapon in either role. For the sake of this analysis, we’ll assume Burleson comes out of the pen, but if he winds up starting this category becomes a dead heat.

The Cardinals will not have closer Michael McAvene available this weekend as he serves an automatic four-game suspension following a controversial ejection in regionals, and that changes the complexion of their bullpen. But even without him, Louisville has an enviable collection of quality arms from the right side (Bryan Hoeing, Shay Smiddy, Jack Perkins, Jared Poland, and swingman Luke Smith) and the left (Michael Kirian, Adam Elliott, Carter Lohman). It’s simply an embarrassment of riches in that bullpen, with plenty of velocity and swing-and-miss breaking balls up and down the staff.

With lefty Burleson in a relief role, ECU’s bullpen is very formidable as well — he’s a ferocious competitor who attacks with three pitches and can work multiple innings or wiggle out of tight spots at the back end. If Burleson starts, ECU still has a strong collection of righties to lean upon in Evan Voliva, Cam Colmore, sidewinder Ryder Giles and flame-thrower Gavin Williams — but then there’s no lefty in the pen. This category is also very close, but the Cards get a slight edge once again.

The stats suggest Louisville has the edge here, as the Cards rank 17th in the nation in scoring (7.5 runs per game) while the Pirates rank 45th (6.9 runs per game). But ECU has more power, and its offense is white-hot, having scored 44 runs in its last four games to complete a run through the losers’ bracket in regionals. That momentum makes this category a push. Both of these offenses are multi-faceted and deep; Louisville’s speed is a major weapon, and the Cardinals excel at driving the gaps. ECU can bash opponents with the long ball but also execute the inside game, leading the nation in sacrifice bunts (a category in which Louisville ranks 176th). This matchup presents a fascinating contrast in styles, but both styles are very effective.

Once again, these teams are neck and neck in this category, as both have .977 fielding percentages. ECU has a premier defensive shortstop in Turner Brown, rock-solid defenders at second base (Brady Lloyd) and catcher (Jake Washer), an exciting playmaker in center (Bryson Worrell), but more average defenders on the corners. The Cardinals also have a standout shortstop (Tyler Fitzgerald), as well as two elite defenders on the right side in 2B Justin Lavey and 1B Logan Wyatt, an aggressive, athletic center fielder in Lucas Dunn, and a quality platoon behind the plate in veteran Zeke Pinkham and rifle-armed freshman Henry Davis. Louisville is more athleticism on the outfield corners and has more quickness at first base, but ECU is a bit better at the hot corner. Give the Cards a slight edge also because they really know how to defend on their own turf, which could be an adjustment for the Pirates.

East Carolina has never been to Omaha, but Louisville’s upperclassmen experienced the CWS in 2017. The Pirates do have a strong core of seniors who have been to super regionals in 2016, however. These are both very mature, veteran clubs, and both showed toughness by running through losers’ brackets in regionals. 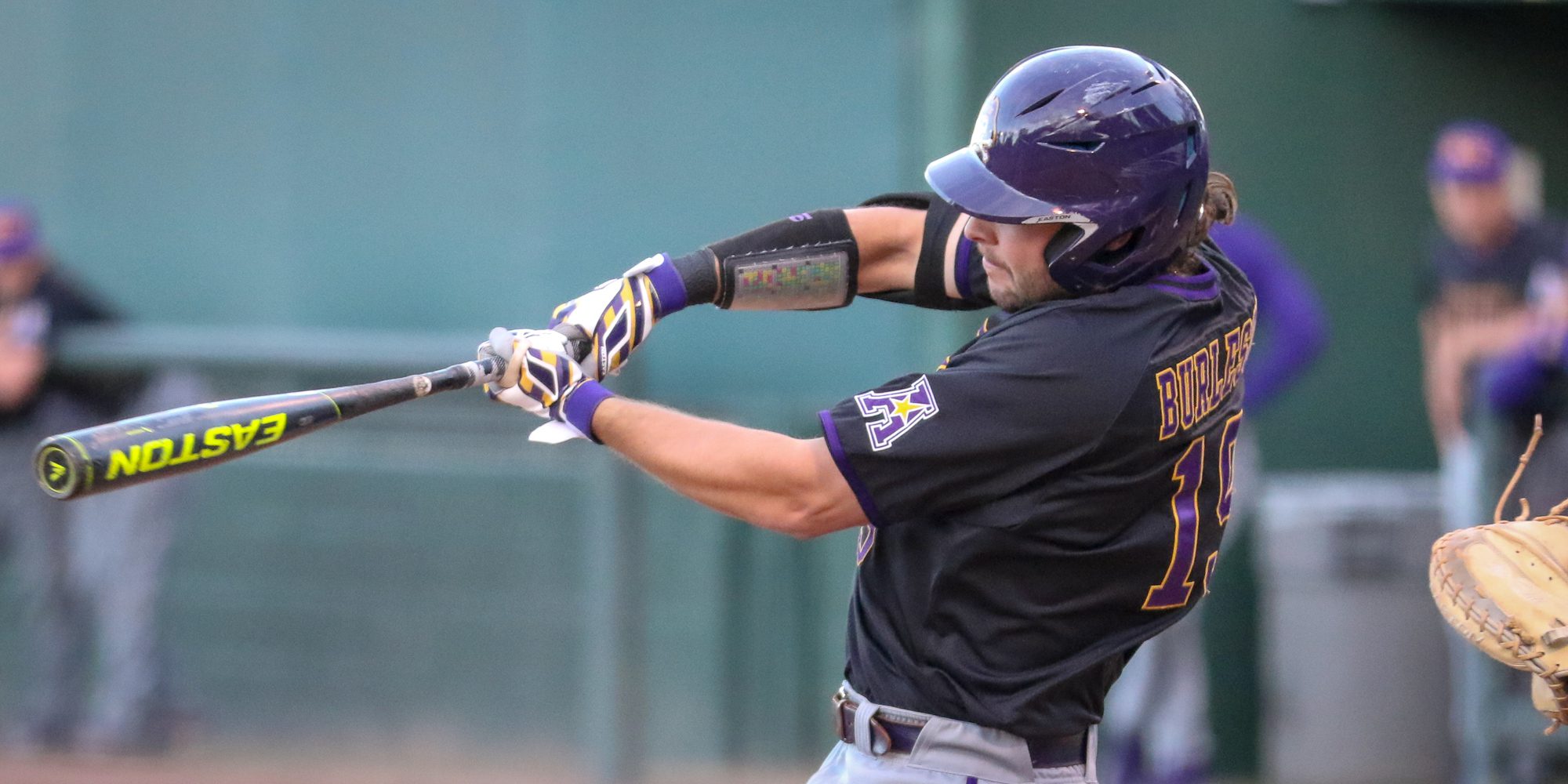 “It’s obviously a very experienced, older lineup. They’re really hard to defend because they can do so many different things.