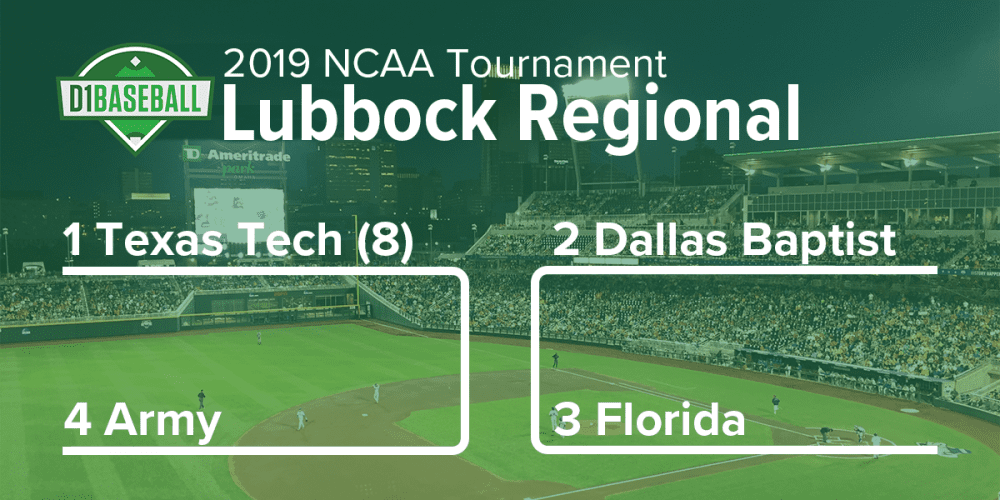 Texas Tech is the host of the Lubbock Regional, which features three other potentially troublesome teams

The last four years have seen Texas Tech move from a solid program to one of the top programs in the nation, and serving as a regional host for the fourth straight season is part of that. This will be the first time Florida and Texas Tech might meet somewhere other than Omaha, but Dallas Baptist looms as the bigger threat. And Army has the talent and postseason experience to play spoiler.

McConnell, a draft-eligible sophomore, is projected to go in the first two rounds of the major league draft next week. The only prospect ranked higher in this regional is another shortstop, potential first-round pick Josh Jung of Texas Tech. McConnell, a 6-foot-3, 185-pounder, played just nine games last year due to a wrist injury. This season he has lived up to his hype as a five-tool player, leading the Gators in batting (.341), OPS (.986), homers (15) and RBIs (47). He has plus-plus speed, plus arm strength and plus raw power. Now is the time for him to have a memorable regional.

Warren was drafted in the 39th round out of high school and bypassed altogether last year. But all this 6-foot-3, 230-pound senior does is rake. His .361 average, 14 home runs, 67 RBIs and 1.109 OPS all lead the Red Raiders and eclipsed the numbers of teammate Josh Jung, the Co-Big 12 Player of the Year. This is Warren’s second season as a Division I starter, and he did much the same thing last year, when he led Texas Tech hitters with a .364 average against ranked opponents. He also led the team with a .354 average on the road. Those are pressure situations, and that’s when Warren shines.

The Red Raiders had struggled at shortstop, using five different starters, before sliding their top pro prospect from the hot corner to short. Jung, who will likely go back to third base in the pros, has made just five errors all season and only one since moving to shortstop on April 14.

As the fourth seed, Army is not supposed to stick around long. And it’s possible Hurtubise’s numbers are a by-product of weaker competition in the Patriot League. But the leadoff hitter’s numbers are phenomenal: a .550 on-base percentage that ranks second in the nation and 87 steals over the past two years. He was also the Patriot League defensive player of the year as a center fielder, making him an all-around threat.

This is a vote for potential over (consistent) production: Sophomore Tommy Mace (8-4, 4.99), sophomore Jack Leftwich (5-5, 5.82) and freshman Nick Pogue (1-0, 2.90) form a trio of talented but young righthanders. They took some lumps in the rugged SEC, but in the last regular-season series of the year at Missouri, Mace earned the Friday night win, Leftwich followed with a two-hit shutout that included nine strikeouts against two walks, and Pogue pitched 5 1/3 scoreless innings as the Gators earned a road sweep.

The Red Raiders do not hit a ton of homers, but they have the highest scoring average (7.7) and batting average (.301) of any team in this regional. They have the most doubles (122) and triples (20), too.

With a .977 team fielding percentage, the Red Raiders have been solid with the leather all year.

Texas Tech is clearly the favorite, but Dallas Baptist has been a tough out for the past decade, Army will not be intimidated, and the underachieving Gators have the firepower to earn a trip to the super regionals if they play up to their ability. The Red Raiders should advance, but they will have to earn their ticket in a tricky bracket. 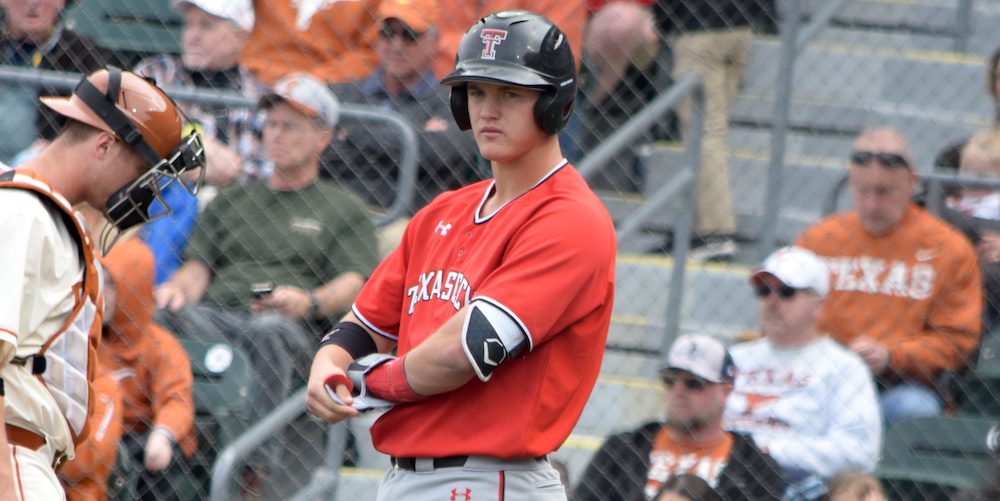 The Red Raiders have emerged as a superpower over the last half-decade, with three College World Series appearances, all since 2014.