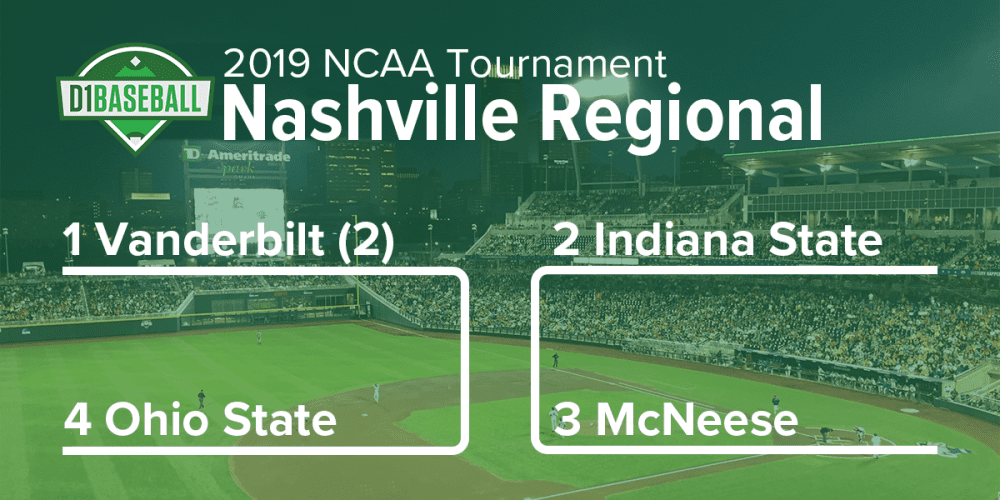 Nashville Regional Preview: Can Anybody Stop The ‘Dores?

Vanderbilt is one of the favorites to win the national title, but its postseason road is no cakewalk, starting with a matchup against perhaps the best 4-seed in the tournament, Ohio State. Pitching-rich Indiana State and red-hot McNeese could also make some noise in Nashville.

The national leader in home runs (26), Bleday is a likely top 10 overall pick in next week’s draft. Though teams were careful on how to approach the lefty slugger in the SEC tournament, he took what he was given, going 8-for-16 and punishing a few mistakes along the way.

Ohio State outfielder Dominic Canzone gets an honorable mention here, as does Bleday. Ultimately, it’s tough to pick someone other than Martin, whose .412 batting average was more than 50 points higher than his closest challenger for the SEC batting title.

As the Missouri Valley Conference Defensive Player of the Year, the senior made just four errors all season at the hot corner for the Sycamores.

As the Friday starter for the Commodores two years running, Fellows has plenty of big-game experience. While he doesn’t overpower with velocity, he sets hitters up with low-90s sinkers before finishing them off with his slider.

The Big Ten leader in strikeouts (122) and walks (56), Lonsway flashes high-end stuff capable of shutting down lineups, but his ability to work within the strike zone varies significantly from game-to-game. If his command is sharp, he could be a major factor in this regional.

The Commodores have a particularly potent offense, slashing .319/.417/.521, and leading the SEC in each of those categories. In addition, their 82 home runs and 8.5 runs per game are also best in the conference.

The Cowboys led the Southland Conference in fielding percentage (.977). Up the middle, shortstop Reid Bourque and second baseman Nate Fisbeck are both capable of highlight reel plays. First baseman Jacob Stracner hasn’t made an error in 242 chances this season.

The No. 2 National Seed with a 28-5 record at Hawkins Field, Vanderbilt is the heavy favorite to advance, but its path is not without challenges. Coming off a hot run in the Big Ten Tournament, a case can be made that Ohio State is the best 4-seed in the tournament. Additionally, Indiana State’s deep pitching staff is conducive to a regional format. 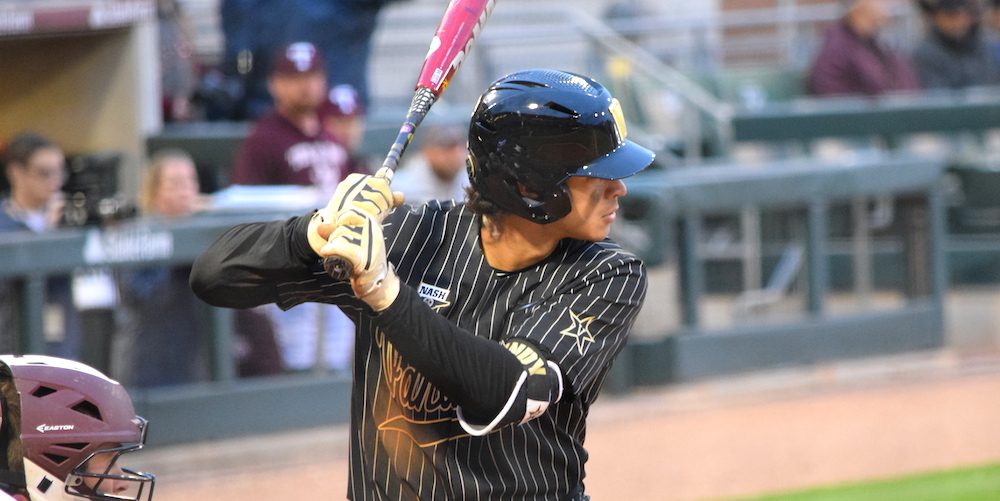 Vanderbilt started the season ranked No. 1 in the Preseason Top 25, and enters regional play No. 1 in RPI with very few hiccups along the way. The Commodores lost just two series this season, both of them on the road to Georgia and Texas A&M. While they’ve been consistently strong, they’re playing perhaps their best baseball right now, having rolled through the SEC tournament unscathed, outscoring their opponents 36-15 over four games. Since an early April series loss in Athens, the Commodores are an astonishing 25-2. …