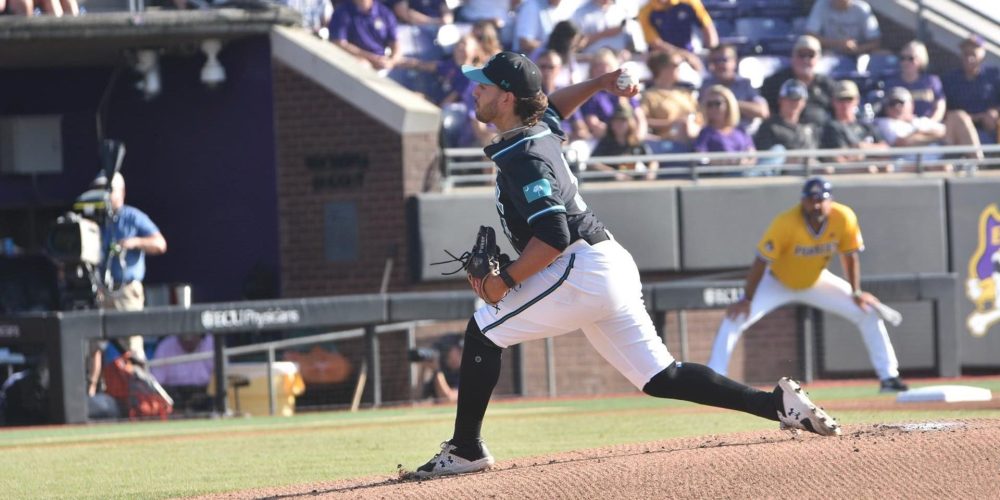 GREENVILLE, N.C. — Heading into Sunday, Coastal Carolina had everything set up as well as possible for a team trying to make a run through the losers’ bracket. The Chanticleers faced the always-daunting task of having to win two games in order to force a decisive Game Seven at the Greenville Regional, but they were able to survive Saturday’s elimination game against Coppin State without using weekend starters Michael Knorr and Nick Parker, which meant both guys were lined up and ready to start Sunday’s two games, should the Chanticleers survive the Sunday elimination game against Virginia.