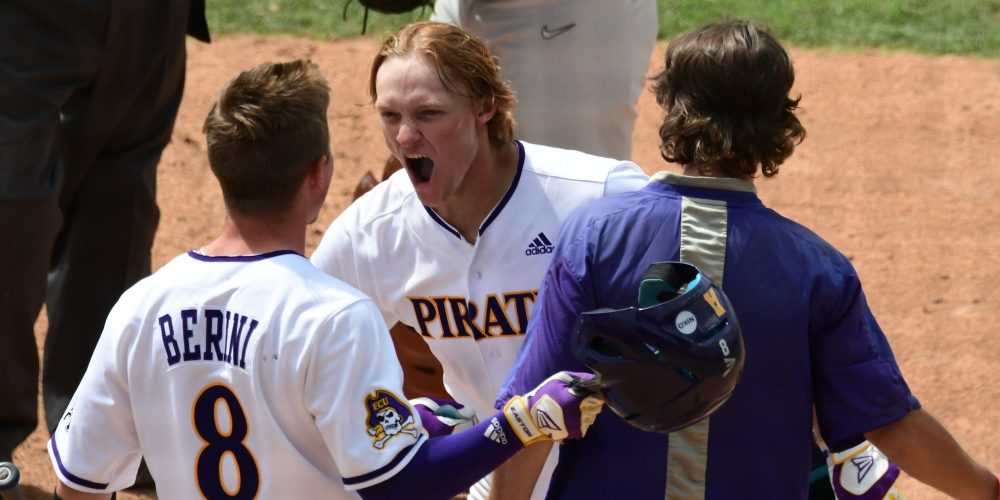 GREENVILLE, N.C. — Last Saturday night, East Carolina prevailed in a white-knuckle battle against Virginia that I described as “college baseball at its very finest”, with a high level of play on both sides and riveting late-innings drama in front of a deafening crowd. On Friday afternoon, the first-ever super regional game at Clark-Leclair Stadium provided the same kind of entertainment value, tension and atmosphere — and the same result: an East Carolina victory.

Just like last Saturday night, ECU two-way star Zach Agnos slid over from shortstop to the mound in the late innings, inheriting a second-and-third jam with[…]