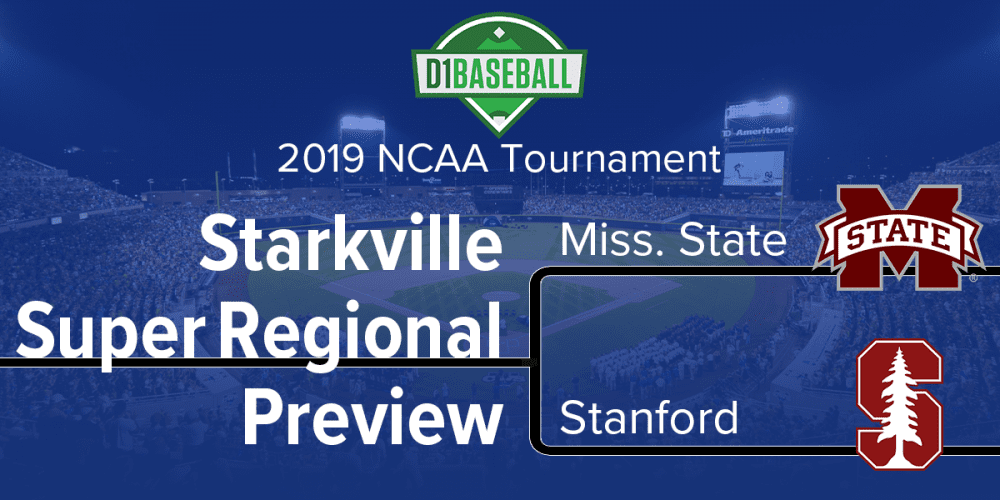 How Stanford Got Here
Schedule and Results | Team Stats and Leaders

Stanford earned a top-eight national seed last year and was upset by Cal State Fullerton in regionals, which proved to be a formative experience for this bunch. Stanford was one of the most consistent teams in college baseball all season, losing just one weekend series all year (vs. No. 1 UCLA). That was also the only week Stanford lost more than one game, including midweek play. Early nonconference series wins at Fullerton and vs. Texas looked great at the time, but as the Titans and Longhorns sunk, so did Stanford’s RPI, keeping the Cardinal out of the top eight this year despite its gaudy win total and second-place finish in the Pac-12 (22-7). After losing its second game of the regional Saturday against Fresno State, the Cardinal rallied through the losers’ bracket, riding its hot offense to a win over Sacramento State and a pair of slugfest victories over Fresno.

How Mississippi State Got Here

This group of Bulldogs has been through an awful lot. The seniors are making their fourth straight trip to super regionals and chasing their second straight trip to Omaha, despite playing for their fourth head coach in four years. But first-year head coach Chris Lemonis has led with a steady hand, guiding this experienced bunch to a 20-10 record in the SEC (tied for the best record in the rugged West division), as well as a No. 4 RPI and a robust 17-12 record against the top 25. The Bulldogs cruised to a top-eight national seed and made quick work of their regional, beating Southern, Central Michigan and Miami in three games.

It’s tough to evaluate this category without knowing whether SEC freshman of the year JT Ginn will pitch for Mississippi State. Ginn exited the regional opener against Southern last week with arm tightness, and is status is still uncertain, but Lemonis said Wednesday afternoon that he still hasn’t picked up a baseball, so if we have to bet, we’re betting on him to miss this series. SEC pitcher of the year Ethan Small (9-2, 1.88, 160-27 K-BB in 96 IP) still gives the Bulldogs an edge against anybody in the opener, even though Stanford has a reliable ace of its own in strike-throwing bulldog Brendan Beck (5-3, 3.25).

But if Ginn doesn’t go, MSU’s starting pitching edge is neutralized in the next two games. Stanford’s Will Matthiessen (6-2, 3.71) vs. MSU’s Peyton Plumlee (6-4, 3.87) looks like a push; both are good competitors with solid but not overpowering stuff. And Stanford lefty Erik Miller (8-2, 3.15) gets a clear edge in a potential Game Three against anyone MSU throws (Brandon Smith started the SEC tournament opener and seems like the best bet). But again, if Ginn does go and feels strong, Mississippi State would have the clear advantage in the starting pitching department.

Both of these teams have outstanding bullpens, but they have different styles. Stanford has a battle-tested warrior at the back end in junior RHP Jack Little (3.32 ERA, 12 SV, 50-11 K-BB in 38 IP), who attacks the zone with an 89-92 fastball with good life from a low three-quarters slot, along with a swing-and-miss slurve and a solid changeup. Lefties Austin Weiermiller and Jacob Palisch are polished high-80s lefties with good command and solid breaking balls. Sidewinder Zach Grech is a groundball machine, and freshman righty Alex Williams is a valuable strike-throwing swingman. There’s no premium velocity and not a ton of strikeout stuff in this bullpen, but all of those guys are rock-solid.

Mississippi State has even more depth and a lot more power stuff in its bullpen. Jared Liebelt (2.74 ERA, 5 SV), is MSU’s version of Little, a low three-quarters righty with excellent sink on his high-80s fastball and a good slider and changeup. Fifth-year senior RHP Cole Gordon (3.96 ERA, 11 SV, 61 K in 38.2 IP) is a bat-missing machine thanks to his his ability to spin a slider and curveball that can both be devastating at times, along with an 89-91 heater. Colby White sits in the mid-90s and touches 97, and freshman Eric Cerantola has similar velocity, though his command is a work in progress. Trysten Barlow offers power stuff from the left side, and Jack Eagan has a swing-and-miss lefthanded breaking ball. Cutter specialist Riley Self and big power-armed righty Keegan James give this unit even more options.

Both of these offenses have real firepower. Stanford ranks fifth in the nation with 87 homers and 12th nationally with a .486 slugging percentage, as Brandon Wulff (19 HR), Andrew Daschbach (17 HR), Matthiessen (12 HR), Kyle Stowers and Tim Tawa (8 HR apiece) form a powerful core. All of them can change the game with one swing, while Maverick Handley and Duke Kinamon are hard-nosed veterans who help make the Cardinal go, and Christian Robinson brings additional physicality and athleticism. And while power is a big factor for Stanford, the Cardinal plays an aggressive style that puts pressure on opponents through action on the basepaths.

Mississippi State doesn’t have as much home run power, but its offense is more efficient, ranking fifth in the nation in batting (.317) and ninth in scoring (8.1 runs per game), while Stanford ranks 44th in scoring (6.9 runs per game). The Bulldogs excel at wearing out the gaps, leading the nation with 154 doubles, led by 22 apiece from SEC all-time hit king Jake Mangum plus Tanner Allen and Justin Foscue. There are more tough outs from top to bottom in the MSU lineup, which is a nightmare to navigate.

Stanford’s defense is anchored by arguably college baseball’s premier defensive catcher in Handley, but he’s the only elite defender on this team. But as a unit, the Cardinal takes good care of the ball, fielding at a .977 clip (28th in the nation). Mississippi State has a premium center fielder in Mangum, and a very talented middle infield duo in Foscue and shortstop Jordan Westburg, along with a dramatically improved catcher in Dustin Skelton. Mississippi State is better defensively than its .973 fielding percentage (77th nationall) suggests — there’s a lot of infield range here, so the Bulldogs can make some errors on balls that other defenders wouldn’t get to. Both of these teams feature big-bodied standout athletes at shortstop in Westburg and Tawa, and both of them have rifle arms that allow them to make exceptional plays from deep in the hole, but neither is a finished product at the position. This category is just about a push, but the Handley factor and the better fielding percentage gives a razor-thin edge to Stanford.

Both of these teams are loaded with veterans, and Stanford showed toughness by coming back through the losers’ bracket to beat a very good Fresno State team in regionals. But no team in this NCAA tournament field has more postseason experience than MSU, making its fourth straight trip to super regionals and aiming for its second consecutive trip to Omaha. Mangum, Elijah MacNamee and Westburg are among the Bulldogs with a history of providing postseason heroics; don’t expect the game to speed up on this bunch when the pressure mounts. And Stanford hasn’t experienced anything like playing in front of 11,000-plus screaming fans in Starkville.

AN OPPOSING COACH BREAKS DOWN STANFORD 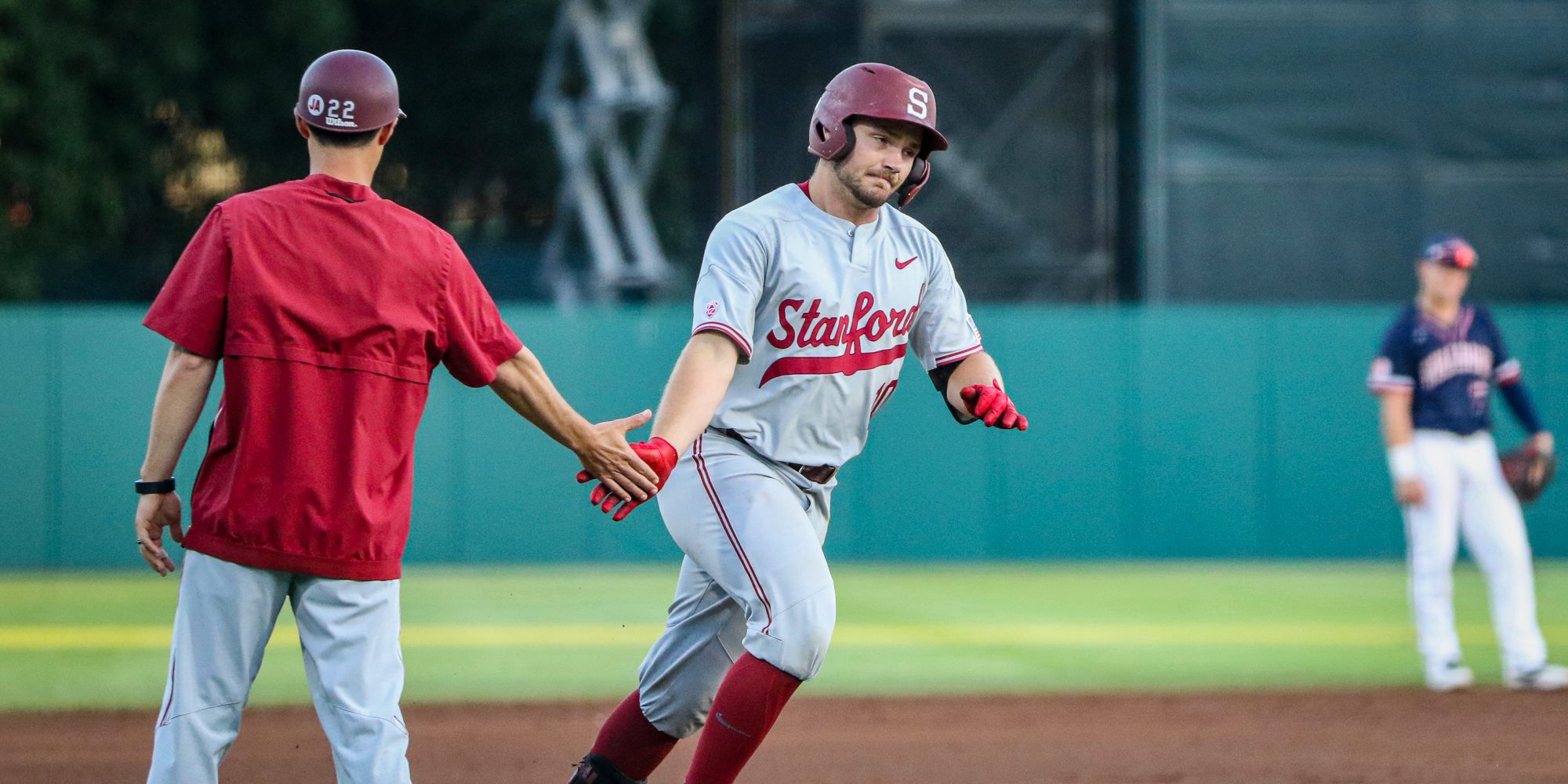 “I think the strength of the team is they make you beat them.

“I just think they take care of the baseball, they don’t walk people, and get enough timely hits to beat you. …