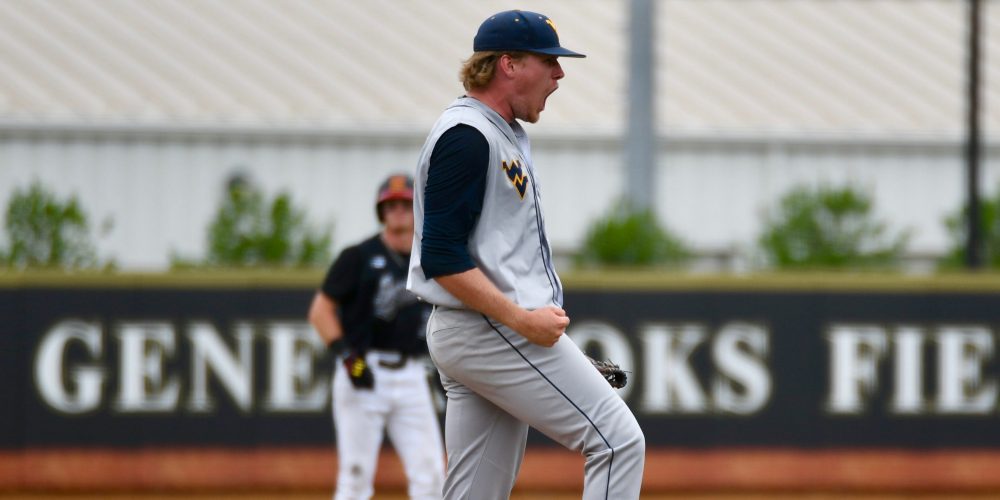 WINSTON-SALEM, N.C. — West Virginia coach Randy Mazey has said a couple times over the last two weeks that the hardest game in a double-elimination tournament is when you’re coming off a loss and taking on another team coming off a win. One team has momentum, the other team is licking its wounds and trying to regroup.

Maryland had a little bounce in its step after pounding UMBC on Saturday, and the Terps built an early lead against the Mountaineers in Sunday’s elimination game. Maryland led 2-0 heading into the fourth, when WVU loaded the bases with no outs — but Maryland reliever John Murphy entered the game and struck out the next three batters in order to extinguish the threat. When Maryland then tacked on two more runs in the fifth on Brandon Gum’s two-run homer, it might have started to seem like it just wasn’t West Virginia’s day.

But the Mountaineers didn’t quit, because they never do. They scratched out a run in the sixth, added two more in the seventh, and finally broke through for five runs in the eighth to stay alive in the Winston-Salem Regional with an 8-5 victory.