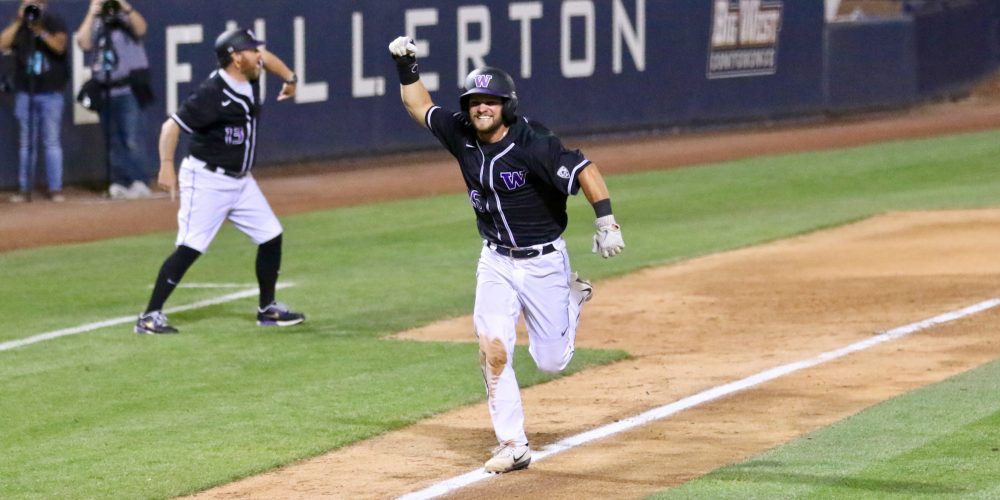 The Huskies are heading to Omaha for the first time. (Shotgun Spratling)

Washington Breaks Through In Epic Fashion

Each act added more and more complexity. They built on one another. The unlikely was overtaken by the improbable. The seemingly impossible turned into the unbelievable. At the end lay triumph and glory for Washington. The Huskies were twice on their death bed only to be resuscitated and brought back to slay their antagonist. Cal State Fullerton was left with agonizing defeat, as its heroes[…]

On The Mark: When RPI & Polls Disagree

On The Mark: Mid-April Bad RPI, Time to Panic?

On The Mark: Playing Fact Or Fiction With Early Trends