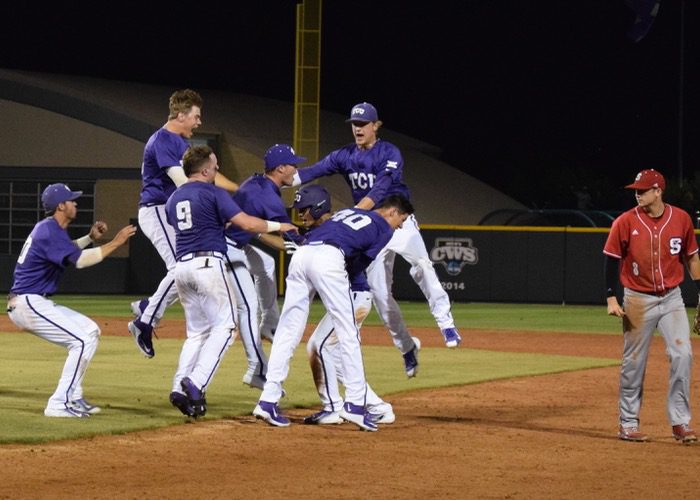 FORT WORTH, Texas — There’s a difference between a comeback and a meltdown. When the losing team starts stringing together hits, and the offense becomes contagious — that’s a comeback. When the winning team starts making errors, and handing out walks like lollipops at a barber shop, and committing balks and passed balls, and allowing the other team to score six runs in an inning on just two hits — that’s a meltdown.

What happened at Lupton Stadium on Monday night was the worst kind of implosion. Maybe that sounds harsh, but there’s no way to sugarcoat it.[…]