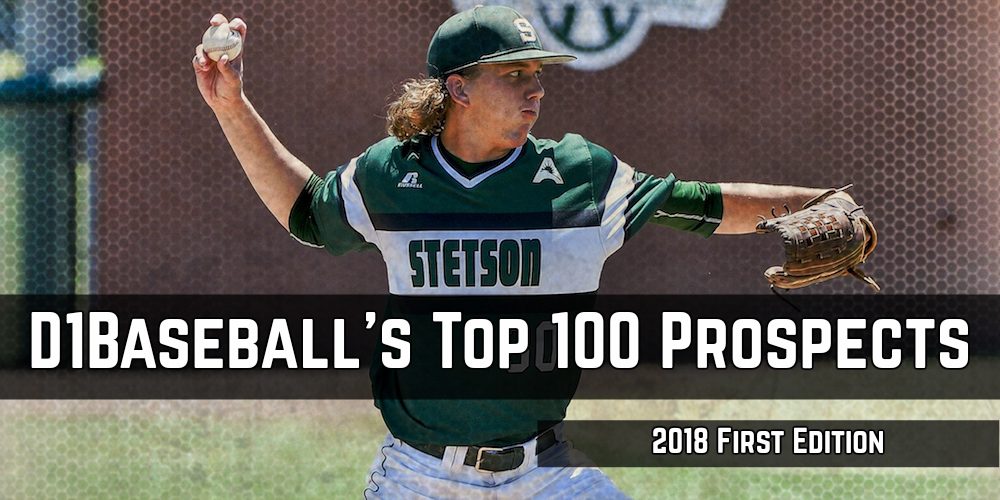 The 2018 MLB Draft class has the components to be one of the most memorable and talented in recent memory. Defined by a group of high school pitchers that is as explosive as perhaps any we’ve ever seen, this is also a class that is rapidly developing an impressive top tier of college talent as well.

There’s a reason we take our first truly thorough look at a draft class as the summer ends and the fall is upon us. The timing gives us a much clearer picture of which players looked poised to take that next step forward following a summer of evaluation. It’s been rare in recent years for a draft class to have an absolute slam dunk prospect at the top of the heap like a Stephen Strasburg or Bryce Harper, and strong summer performances in the year prior to the draft can catapult a player to the top of the rankings.

The 2017 summer was an extremely telling one, as any question marks about which college pitchers could step up and look like top of the first round arms were emphatically erased. Joining clearly certified stars like Florida’s Brady Singer and Jackson Kowar were summer standouts Ryan Rolison (Ole Miss) and Logan Gilbert (Stetson). Auburn’s Casey Mize and South Florida’s Shane McClanahan help round out what’s shaping up to be a very impressive college pitching crop.

While the story will continue to be high school pitching when it comes to this class, as prep arms like Ethan Hankins, Kumar Rocker and a parade of others have shown historic levels of velocity and pure upside, this crop now boasts a solid crop of hitters as well. Switch-hitting shortstop Nander De Sedas was electrifying on both sides of the ball this summer, and Nolan Gorman’s booming lefty power consistently dazzled scouts.

This list will be updated and expanded this week, and we’ll also be rolling out our college prospects list next week. For now, however, we take our most recent look at the top 100 draft prospects in the 2018 class, combining our accumulated knowledge and scouting reports from the summer and early fall action. This current list represents a consensus obtained through thorough research, polling coaches and scouts from all parts of the country, and a heavy influence from the scouting observations of National Prospect Writer, Frankie Piliere.