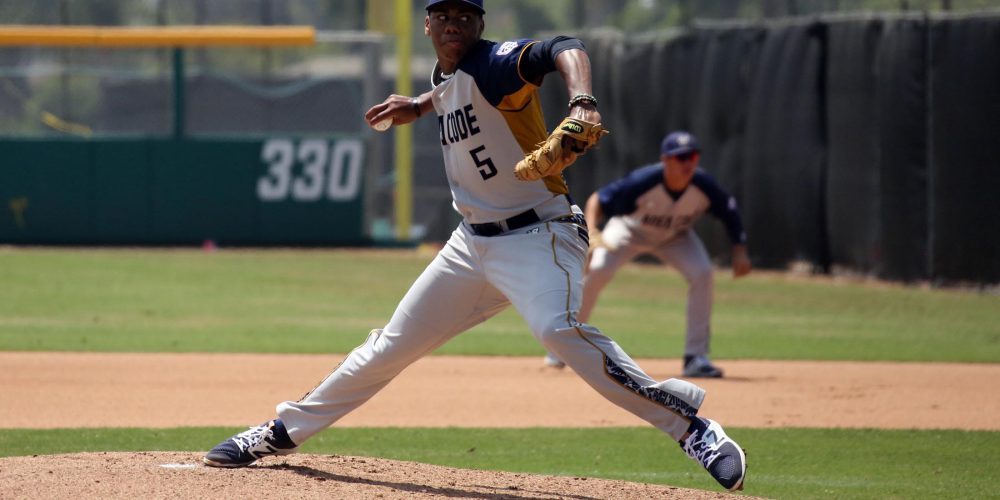 The event continued on Sunday, as the remaining four teams took batting practice under the watchful eye of a packed house of scouts to begin the day. The second half of the day was rounded out by four games full of intriguing performances. Here’s a look at some of the standout performers from day two, highlighted by the fireworks on the mound from Hunter Greene.