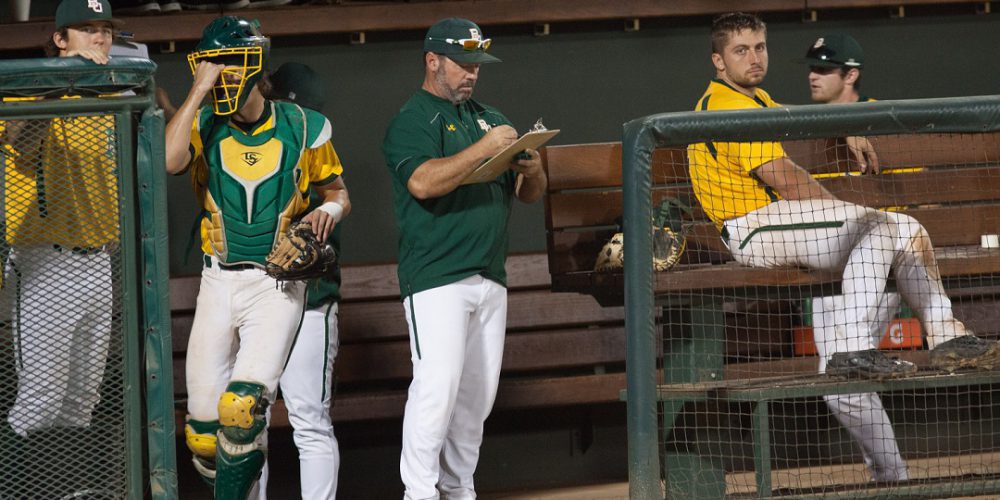 WACO, Texas — One day after losing a sloppy, rain-soaked affair to New Mexico State, Baylor held its own in the weekend’s second game against San Diego, leading most of the way before losing 5-3.

Bears hitters — Darryn Sheppard and Kameron Esthay in particular — sprayed line drives all over the field, and though starter Drew Tolson got into trouble in the third, fourth, sixth and seventh innings, he was bailed out consistently by some outstanding defense, including a highlight reel stop by second baseman Justin Arrington. That play involved Arrington going to his right, sliding, pivoting and throwing out[…]