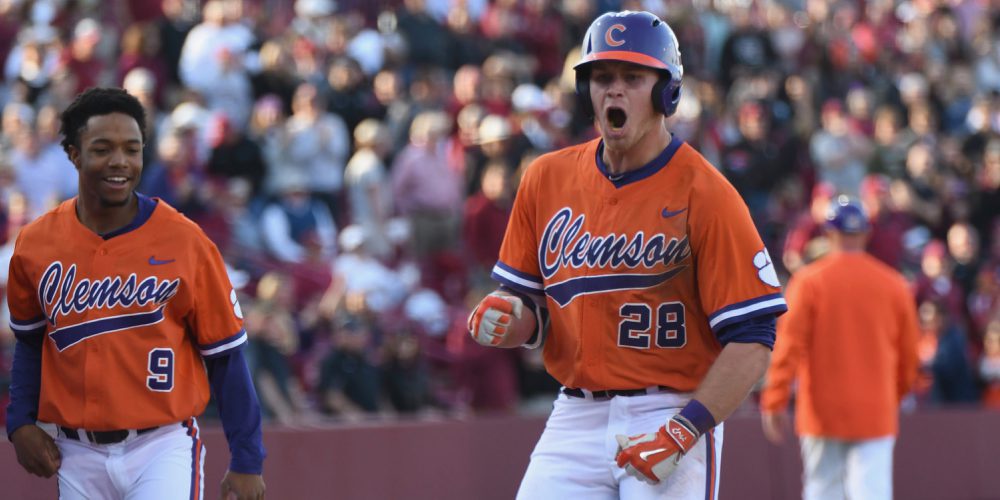 High octane matchups don’t come much bigger than this one. UNC ace righthander J.B. Bukauskas is looking more and more like a top five overall draft pick this June, as he continues to enjoy a dominant spring. While Clemson sophomore Seth Beer has not quite erupted like some have expected, he’s still among the most feared hitters in the country and among the national leader in home runs. He also remains a serious candidate for the top pick in 2018. Bukauskas has swing and miss stuff that can shut down both righty and lefty batters, and just how he attacks the fearsome Beer will be intriguing to watch. Although he’s well known for his exploding 93-97 mph fastball, the difference maker for Bukauskas will continue to be his plus, upper 80s slider. It’s arguably the best slider in the country, and a pitch he’ll have no issue burying down and in on a lefty like Beer, or sneaking it through the backdoor on the outside corner. He has advanced command of it to both sides of the plate.