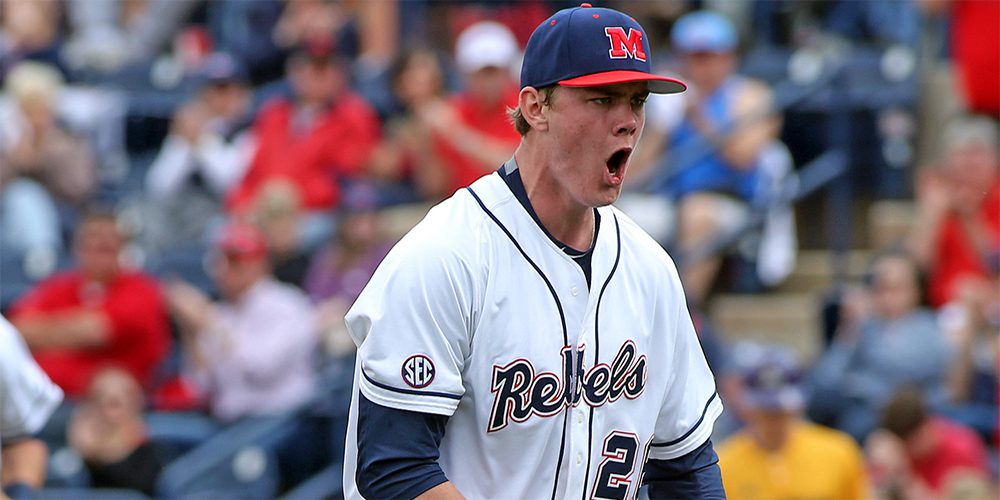 The reigning SEC pitcher of the week squaring off against a probable first round draft pick? That’s a pitching matchup any college baseball fan would sign up to watch. James McArthur, a 6-foot-7 sophomore righty, has taken his game to another level for Ole Miss this spring and looks like a high draft choice in waiting in 2018. He was learned to command much more consistently down in the zone, has pitched mostly at 91-93 mph with his fastball and has had outstanding control of his breaking ball. He creates a difficult angle for opposing hitters to contend with and should be a major test for the Gator lineup. As for Faedo, the 6-foot-5 junior righty is well on his way to a first round draft selection in June for very good reason. He’ll showcase a 92-96 mph fastball and is the owner of one of the best two-plane breaking balls in the country as well. He’ll likely try to prey on the young Ole Miss hitters by getting them to chase that breaking ball out of the zone. Fastball command within the strike zone will again be a key for Faedo.