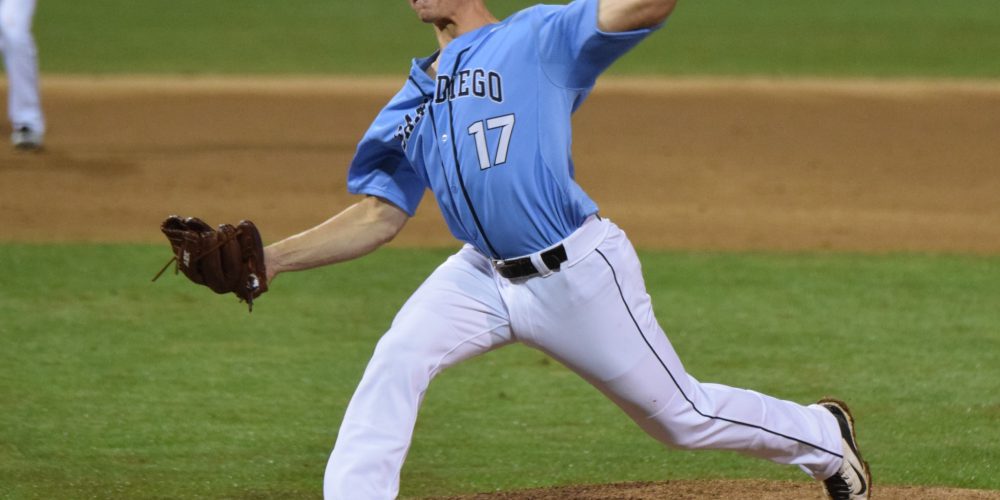 Although his Tuesday outing wasn’t the best example of it, Nick Sprengel (2018, LHP, San Diego) has seen his stock rise in the eyes of scouts since arriving on the Cape this summer. His name is consistently among the first mentioned by scouts when discussing the league’s top handful of pitching prospects, and people should also be reminded that the young lefty only turned 19-years-old just over a month ago. Yes, there is much he will still need to learn, but as one of the youngest pitchers on the Cape, he is already building an impressive resume as an elite 2018 draft prospect.