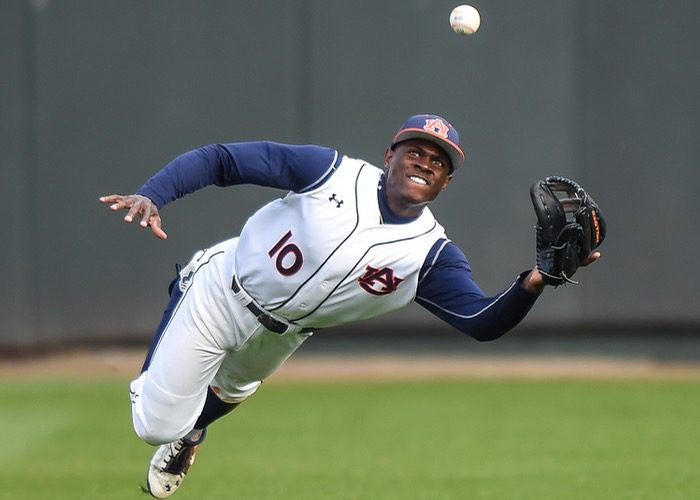 Here’s a look at some of the prospects that scouts are talking about after week four of the college baseball season.

• Anfernee Grier (2016, Auburn) is making his presence known in a big way in front of scouts early on this season. And he’s doing so by adding the thump to his offensive game that scouts have been looking for. Not only is Grier hitting over .400 this season, but he also has four home runs. Grier picked up another five hits over the weekend, and he continues to look like one of the best handful of athletes in the nation. Some scouts are now discussing him as a clear first round draft choice. Grier is a plus runner, is a defensive asset in center field. Scouts projected him as a plus range center fielder over the summer, and they knew his speed and athleticism would be a huge key to his early round status. But now that he’s showing potential big league average power, it takes him to a completely different level as a prospect. This is a stronger, more balanced, new and improve Anfernee Grier, and he’s one of the hottest prospects in the nation at the moment.