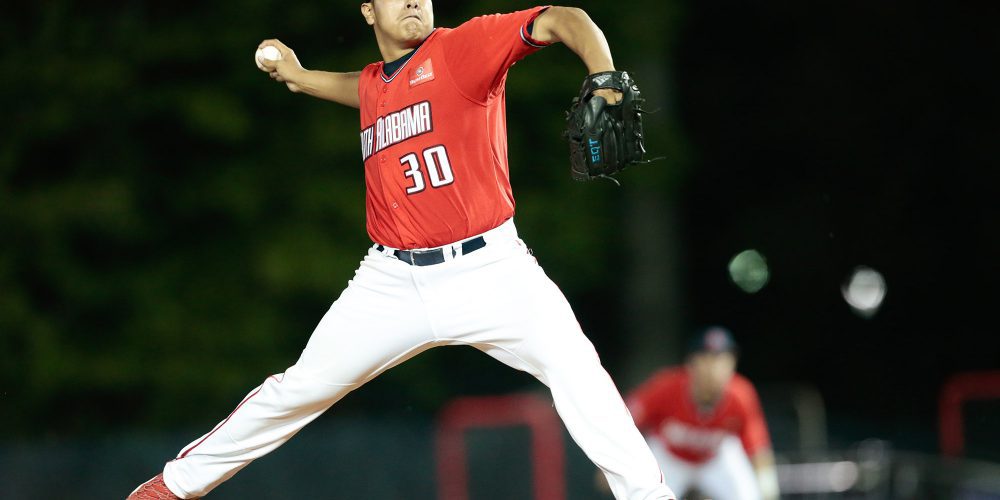 MOBILE, Ala. — Both Louisiana-Lafayette and South Alabama knew coming into Friday night’s Sun Belt showdown opener that scoring opportunities may be scarce. With aces on both sides, potentially the best two pitchers in the conference, the expected theme was exactly what transpired.

South Alabama rode ace Kevin Hill for eight strong innings and got a walkoff single from Travis Swaggerty to beat the Ragin’ Cajuns 3-2. Ragin’ Cajuns ace Gunner Leger was strong for seven innings as the two top hurlers did not disappoint.

Neither starter factored in the decision. Two errors did, however, as all three of South Alabama’s runs were unearned.

“I think Gunner warriored up,” said Louisiana coach Tony Robichaux. “That’s the thing about Gunner. We win the game 2-0 if we just catch one ball and then make a defensive play.”

As thrilling as the bottom of the ninth victory was for the Jaguars, these kinds of losses sting the other side. Especially when a series of first inning events shaped the course of the game. That is the thing about baseball. You never really know at what point a play will occur that alters the outcome.

There were two of those in this game and one came in the first inning following a first inning run by the visitors.

“We came in and tried to be aggressive in the first to see if we could surprise them a little bit,” Leger said.”And we were able to scratch one.”