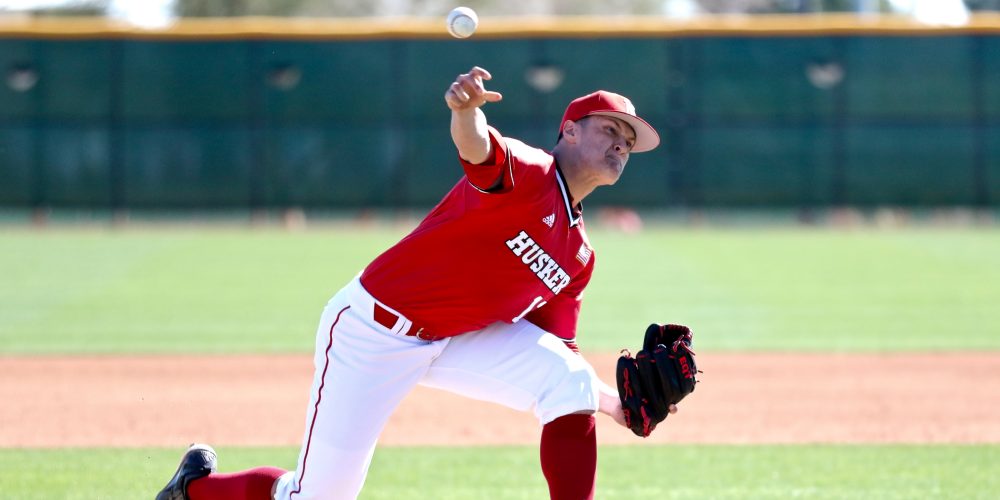 FRISCO, Texas – After three days of high quality baseball, the Arizona Wildcats emerged as the winner of the Frisco Classic on Sunday. Finishing the tournament with a 2-1 record, their win over Oklahoma State, who also went 2-1, served as the tiebreaker. The Wildcats’ perfect 2017 record was broken up, however, by a a Nebraska team that had been struggling entering Sunday’s action. Nebraska took home a 1-0 victory over Arizona in game one on Sunday, and Oklahoma State finished the weekend on a high note by scoring an 8-3 victory over Arkansas in the nightcap.

Jake Meyers is one of the leaders of this year’s Nebraska team, bringing value to the team as one of the lineup’s best hitters and all around players, but his work on the mound on Sunday may be looked back upon as a season turning point for the Huskers. Most onlookers would have predicted that Nebraska would be steamrolled by a streaking Arizona team, but instead the Huskers shut them out 1-0 behind an outstanding starting effort their junior lefthander.