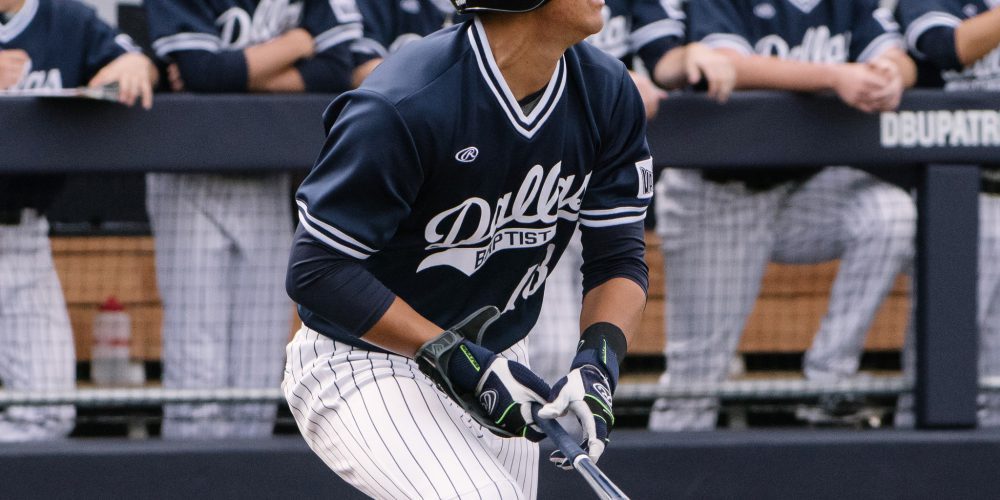 Darick Hall had a terrific day for DBU. (DBU)

DALLAS — Darick Hall threw six strong innings on the mound and went 1-for-3 with a walk, a run and an RBI at the plate and Dallas Baptist steamrolled conference rival Missouri State for the second straight game, this time by a score of 7-2.

Just like Friday night, Missouri State scored in the top of the first, and just like Friday night, DBU struck back immediately, and led by four at the end of the third inning. Hall —who’s hitting .309/.423/.640 with a team-high 16 home runs — leaned heavily on his slider en route to allowing one run over[…]