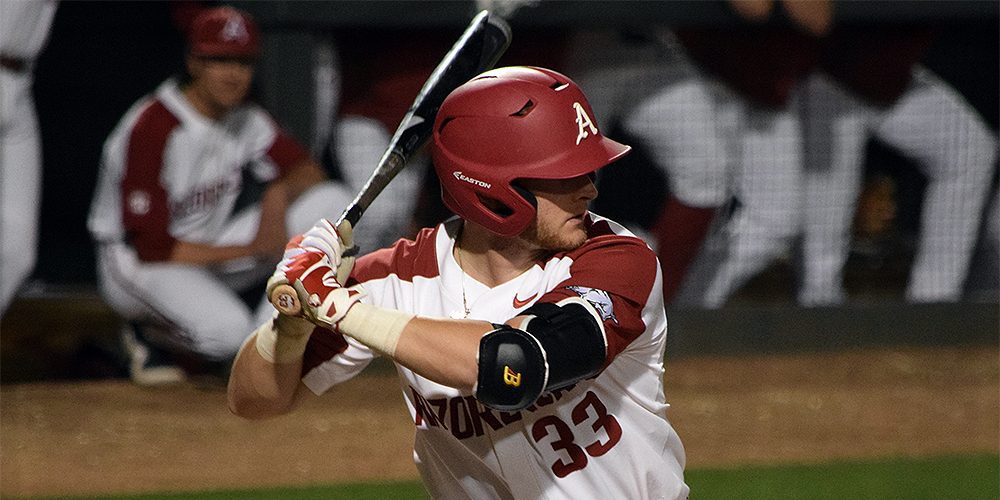 Grant Koch hit two homers in one game over the weekend. (Kendall Rogers)

FAYETTEVILLE, Ark. — It’s not often you catch Kentucky junior righthander Sean Hjelle missing some of his spots. When you do, you better take full advantage of it.

Arkansas did just that Friday night at Baum Stadium, as it used a mature offensive approach to oust Hjelle by the fifth inning en route to a commanding 9-4 victory.

“There were a lot of hard-hit balls tonight, and a lot of hitters. I thought you saw two equal teams out there and both teams felt like they had to score some runs tonight,” Arkansas coach Dave Van Horn said. “I thought both teams really had a good approach.”

Hjelle had been the master of the strike zone so far this season, and history suggested he’d fare well tonight. Last year, Hjelle put himself on the national stage once and for all with a stellar performance in the SEC opener against Texas A&M, on the road of course. In that game, Hjelle struck out nine and allowed just four hits in a complete game shutout.

He didn’t emulate that SEC-opening performance Friday night in Fayetteville, and a balanced, electric Arkansas lineup is to blame for that.

The Hogs wanted to set the tone early in this one. After Kentucky’s Troy Squires almost hit a home run to lead off the game in the first inning, Hogs righthander Blaine Knight settled down and escaped the inning unscathed.

The offense decided to take charge in the bottom half of the inning. Jax Biggers grounded out to begin the frame, then things got fun for the Razorbacks. Eric Cole deposited an 82 mph slider on the outside part of the plate for an opposite field home run into Baum Stadium’s Hog Pen to start the scoring, but the Hogs weren’t done. Dominic Fletcher, who has struggled at the plate much of the season thus far, smacked an RBI double before red-hot Jordan McFarland hit an RBI single to extend the lead to 3-0.

The Hogs never looked back, and Hjelle truly never recovered. The Kentucky righty worked around a two-out walk in the second inning, but ran into trouble again in the third. He walked three batters and hit another. Though he only allowed one run in the frame, it ran his pitch count up, and he was ousted from the contest after the first two batters in the fourth inning. 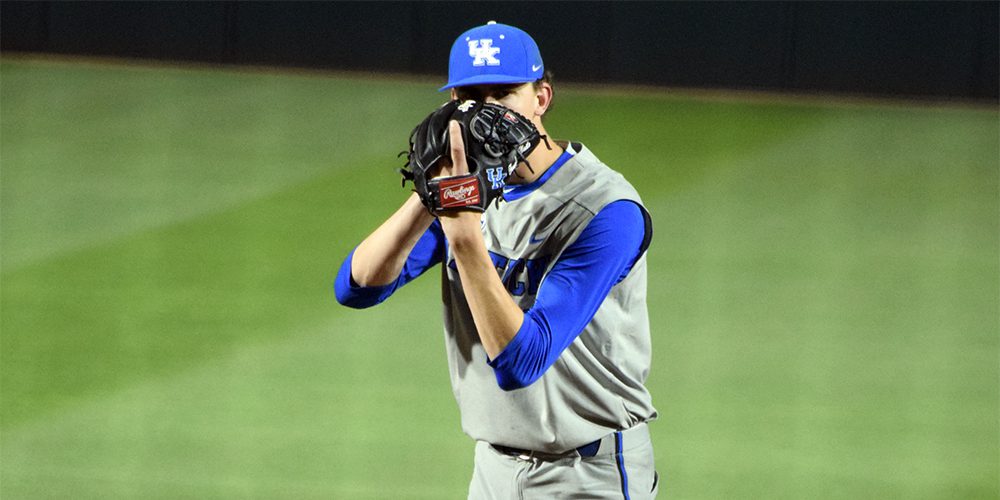 “I thought the hitters did a really good job of fouling off pitches,” Van Horn said. “We were just trying to be aggressive. We knew he was a strike-thrower and our guys were locked in. This is the first time we’ve seen him in action against our hitters. He’s good, he’s a little deceptive and he throws the ball downhill with tilt. Cole hit a slider that was left up in the zone, and I don’t think he had the command of the breaking ball that he wanted.”