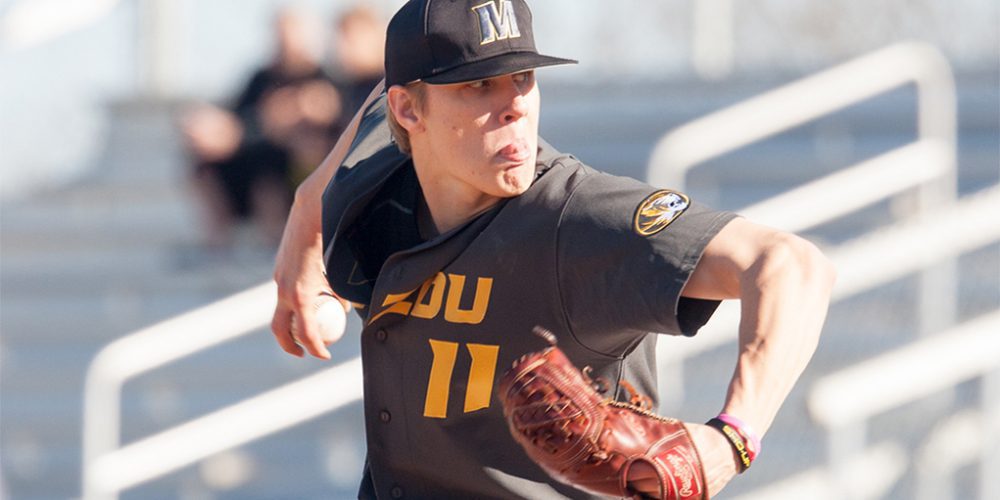 With conference play underway, there is no shortage of outstanding pitching matchups happening across the nation. But, this one might have the most compelling storyline from a scouting standpoint. A.J. Puk has a 93-96 mph fastball, a hulking frame, a nasty plus breaking ball, and he throws from the left side. So, naturally, scouts are looking at him as a potential 1-1 candidate this June. They are simply looking to see more consistency and command. And, he’ll have a chance to show that against a strong Missouri lineup, a lineup that has hitters that can pose a challenge for him. On the other side is Missouri sophomore RHP Tanner Houck, who looks like he’s becoming the next Aaron Nola of college baseball. As consistent as they come, and often showing pinpoint command of his fastball to go with his deception, Houck is already positioning himself as a top five overall type candidate for the 2017 draft. Houck has a heavy, bat breaking life on his 91-94 mph fastball and he gets swings and misses on an 81-83 mph slider. He’ll have his hands full against the Gator lineup, but he could have the upper hand on righty hitters like J.J. Schwarz, Dalton Guthrie, and Pete Alonso. Houck is no picnic to face in general, but can be extra difficult on righties.